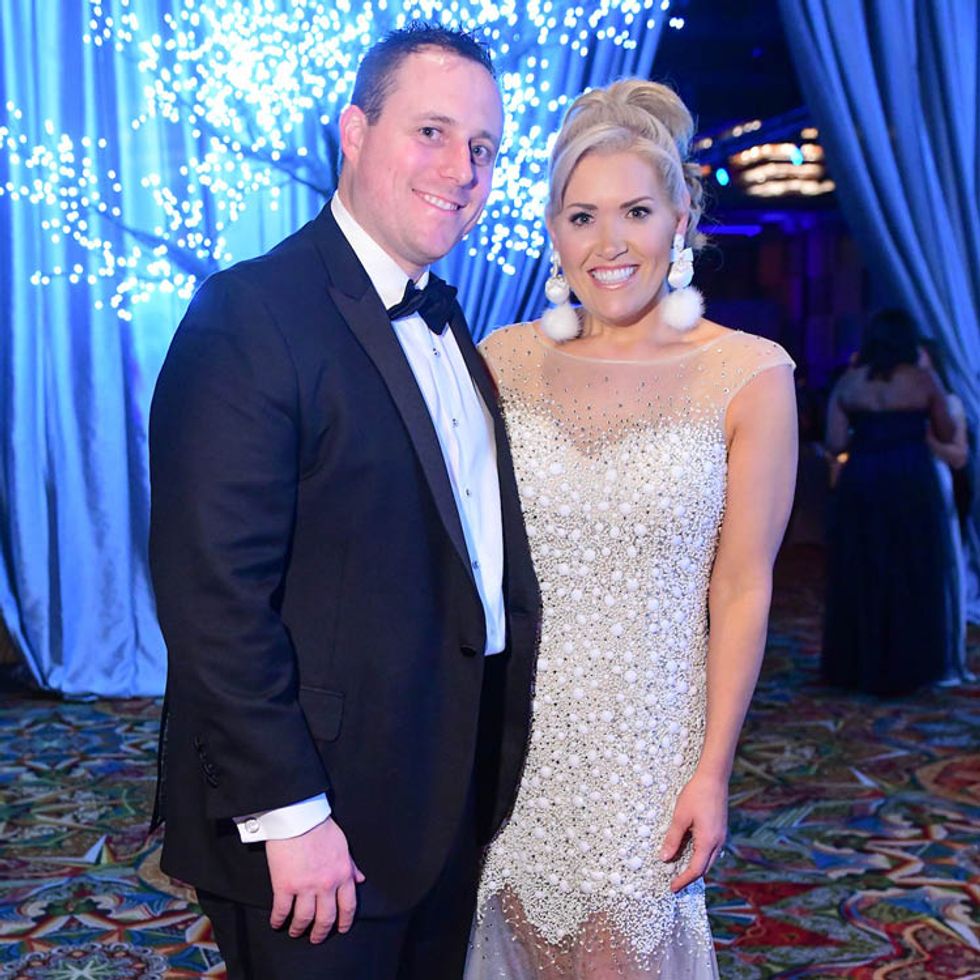 It doesn’t happen often: A true wintry night in Houston, perfectly aligned with Saturday’s 2019 Winter Ball, benefiting the Crohn’s and Colitis Foundation and honoring the Women of Distinction.

A sunny Saturday afternoon gave way to a blustery evening, and glam girls and guys dressed to the nines in furs, gowns and tuxedos stood in line at a coat check — yes, a coat check in Houston! — before heading into the ballroom of the Hilton Americas. Event chairs Cyndy Garza Roberts, Sippi Khurana and Shawntell McWilliams — all former honorees — outfitted the space with glitzy décor celebrating the season, like cool silver and blue linens, twinkling lights and ice-sculpture centerpieces.

The night began with a buzzy auction and raffle, featuring items like $5,000 and $10,000 Tenenbaum Jewelers gift cards — perfect for the Crystal Ball-themed event — and was followed by an electrifying performance by hip-hop violinist Svet, who’s collaborated with Kanye West and Houston’s own Beyonce.

Emcees Art Rascon and Melanie Lawson then presented the 2019 Women of Distinction, who were recognized for their commitment to volunteerism: Farida Abjani, Marilyn DeMontrond, Gaynell Drexler, Jo Lynn Falgout, Carolyn Faulk, Melissa Juneau, Kelly Larkin, Sneha Merchant, Claire Thielke and Jerre Williams. Per the Winter Ball custom, the ladies were presented on the arms notable “escorts,” this year including a few young Crohn’s survivors, as well as top medical experts in the field. Also, Jeff Gremillion — editor of CityBook, a sponsor of the ball — took part. Crohn’s patient Sarah Cornelius later gave remarks, expressing gratitude for the funds raised by the event.

After a rich dinner of short ribs, an exuberant party band complete with a beautiful saxophonist who played from the dance floor, was struck up in a chic lounge area. After last call, the night’s total till topped $760,000.