After NYC, Czech-Born Dvorak's ‘Brooklyn Twang’ Is at Home in Houston 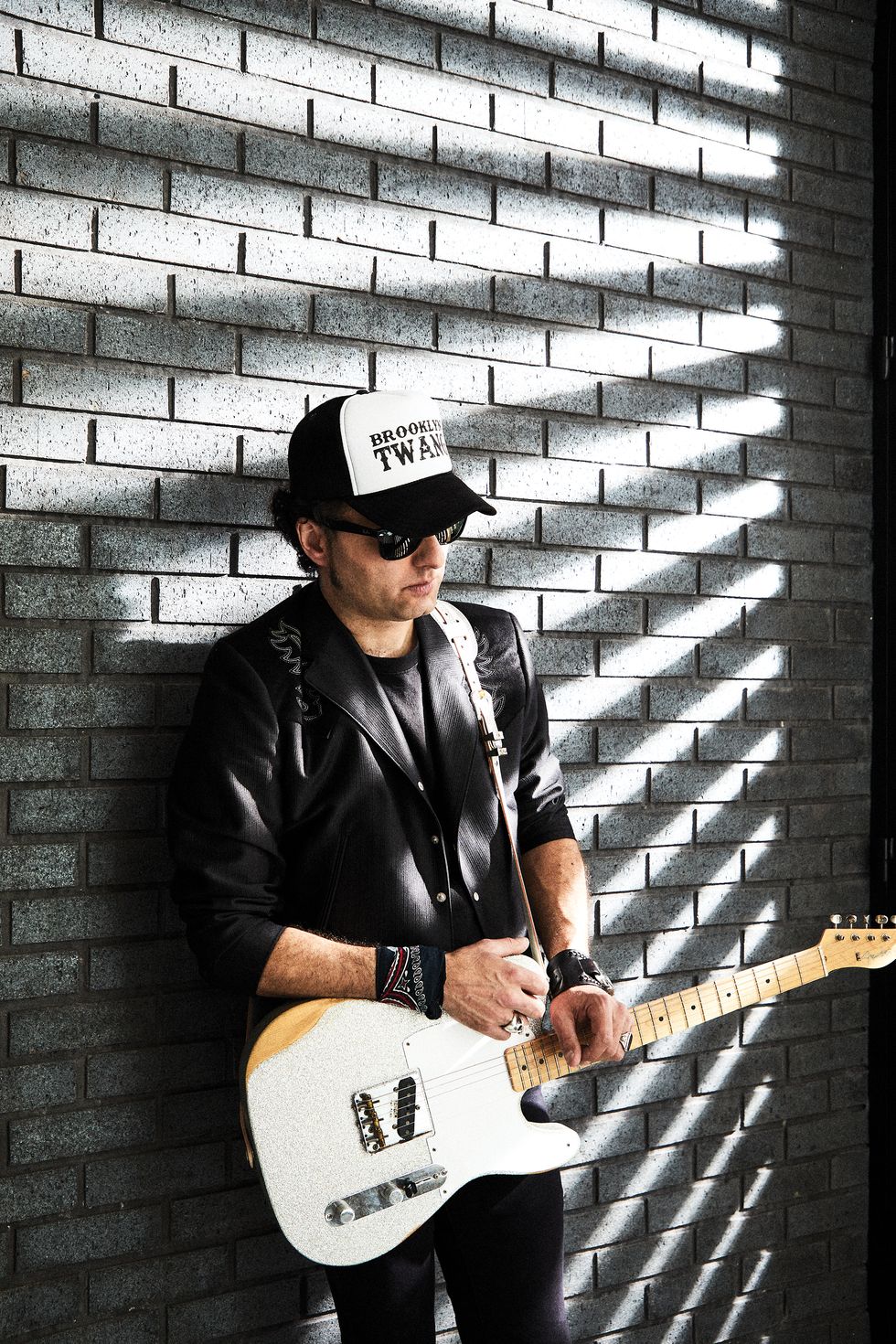 Seeing as he’s a distant relative of famed composer Antonin Dvorak and the son of a well-known Czech folk singer, one could definitely say that music is in Luba Dvorak’s blood. The Czech Republic-born and Steve Earl-mentored musician, 45, spent years in Brooklyn producing his signature “Brooklyn twang” sound — think of it as a honky-tonk mashup of Springsteen, Dylan and Cash — before moving to Houston in 2017 to find some respite from New York’s fast-paced hustle.

Dvorak’s latest album, American Sin, recorded entirely in one day, dropped last summer, chock-full of honky-tonk hits that are sure to become hits heartland staples. During the coronavirus shutdown, inspired by the sound of his solo livestream shows, Dvorak recorded an entirely acoustic version of the album.

How did you adapt in these unprecedented times? Ahhh. Deep breath. Just thinking about those early days of the shutdown makes my heart palpitate. All of us at DEFINE had quite the shift happen in 2020, and honestly, it started off brutal. I don't think I slept for roughly 72 hours in those early days of the shutdown. In order to stay relevant, we launched both our DEFINE On-Demand service and our DEFINE Livestream classes. We wanted to move as quickly as possible to ensure our clients had the ability to take classes with their memberships.

"IT'S LIKE 2012, but times 20," muses a masked Tyler Price, 30, citing the apocalyptic film as he describes the year he and his bandmates, guitarist and vocalist Jose Sanchez, 32, and drummer Allen Edwards, 25, have had. Price provides additional vocals and plays bass guitar and keys in their indie-rock group The Soft Wear. The trio has gathered (six feet apart) on the grounds of the Menil.

In December, the band, which coalesced in 2018 after a series of fruitful jam sessions before playing its first show at an anniversary party for Montrose dive bar Poison Girl, released its self-titled debut album. The nine-track record, mixed and produced by Poison Moon Records' Kirk Campbell, has a feeling that makes one nostalgic for the foregone days of live shows. "The music I wanted us to make was music that feels like you're playing in a basement or at a show," says Sanchez, noting the band used to perform regular live shows at venues like Shoeshine Charlie's Big Top Lounge and Continental Club.

THE PAST YEAR has yielded plenty of change within the food and bev industry, and Ben Berg's restaurant empire has not been immune. He's faced shutdowns, slowdowns and natural disasters, and has given back to the community in the midst of it all. And this week, Berg Hospitality Group has three more announcements.