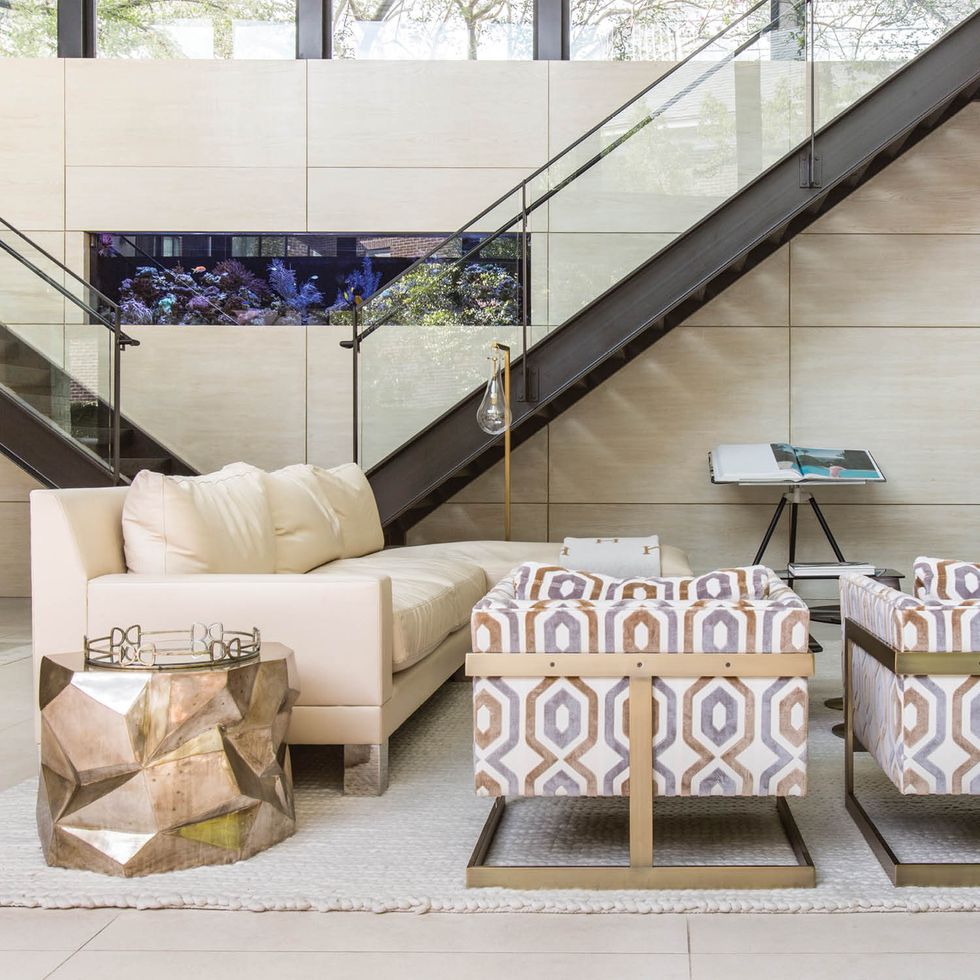 In the hopeful last days of a year that can't end too soon, the Yuletide sparkles anew — with festive frocks, and beautiful, giftable bling from Houston's finest jewelers. Photos by Steven Visneau, styling by Todd Ramos, hair and makeup by Edward Sanchez for Edward Sanchez Cosmetics, model Melani Colic for Wallflower Management, shot on location at the Omni Houston Hotel.

Houstonians have visited the Shaftel family for custom baubles and high-quality gemstones for decades, most recently at their showroom on the ground floor of a Richmond Ave. office building. Now, Shaftel Diamonds has a luxury storefront that's just as radiant as its jewels, located at the corner of San Felipe and Chimney Rock in the heart of Tanglewood.