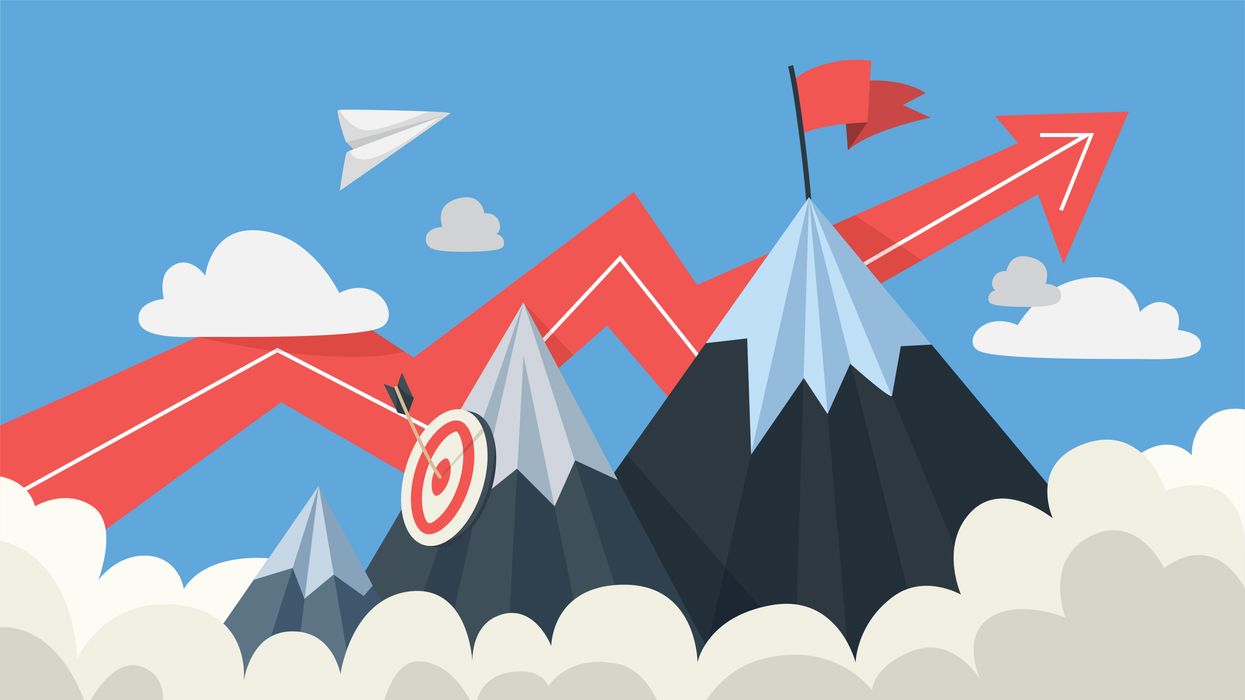 I HADN'T PLANNED on entering an existential tailspin while reading a children's book to our four-year-old at bedtime, but that's exactly where Adam Rex's Why? left me.

In the story, a failed yarn store proprietor turned supervillain — Doctor X — crashes through the roof of a shopping mall, X-ray blaster in hand, and announces his intent to take over the world. Everyone runs away, except a single small child, who dutifully disarms him over the duration of the story with one simple question: "Why?"

With each hapless explanation for his pursuit of world domination or exasperated excuse for his life's disappointments, the child again pulls at the thread: "Why?" It's a humorous exchange that forces the antagonist to understand his motivations, leading him to a place of understanding, and ultimately, a new perspective. (And probably some jail time for making terroristic threats, but we'll move on.)

As we turn our attention to 2021, we exchange the holiday season and its ever-forgiving flannel pants for Resolution season and a pair of jeans that we are certain will fit once we make a couple of changes to our diet and the Peloton arrives.

It's time to make plans.

I love making plans. I am good at making plans. I enjoy everything about the planning process: the blank slate of opportunity, the infinite possibility, what could be accomplished, who we could become. The problem is, I am far a less accomplished doer than planner. I have even been known to add things to my to-do list that have already been done just to feel that dopamine rush that comes from crossing them off. Doing is fine — essential, even — but the planning process is where I shine.

Historically, my resolutions have either been too grand or lacking in focus.

One year, I decided to learn Arabic. I know how to say "boy" and "girl" and I do not know how to write any of it. This was a curious decision in the first place, as I had no plans of traveling to a country in which this would have been helpful. Another year, I thought I'd drop 10 or 15 strokes off of my golf game — a preposterous resolution for anyone with a small child and a finite amount of money. Most recently, I had a very robust workout plan in a binder with a chart and boxes to check off my accomplishments and I will tell you right now that I didn't even make it out of the first week of the year with that one. It was a fine-looking binder though.

All of these failed — like most people's resolutions. Before you cast judgment, know that studies suggest that 81-92% of resolutions fail by February. Odds are, you aren't good at this, either. According to studies cited in The Power of Habit, by Charles Duhigg, it takes about 66 days of doing something to form a new habit. If you can make it to March, your chances of making good on your resolution increases quite a bit.

At least some of my own inability to make good on resolutions could be a lack of follow-through or commitment. Some of it is also the fact that I am very good at bargaining with myself. (I have lost count of how many "last" cookies I've had over the past few weeks.)

But, perhaps this universal inability to make good on resolutions has more to do with our motivation for making them in the first place.

Maybe we spend a disproportionate amount of time asking what without knowing our why. If we can answer the why, we better understand our convictions, as Doctor X ultimately learned. Understanding convictions leads to motivation.

At the very least, it keeps the world free from the threat of supervillains. And after 2020, maybe that's enough.