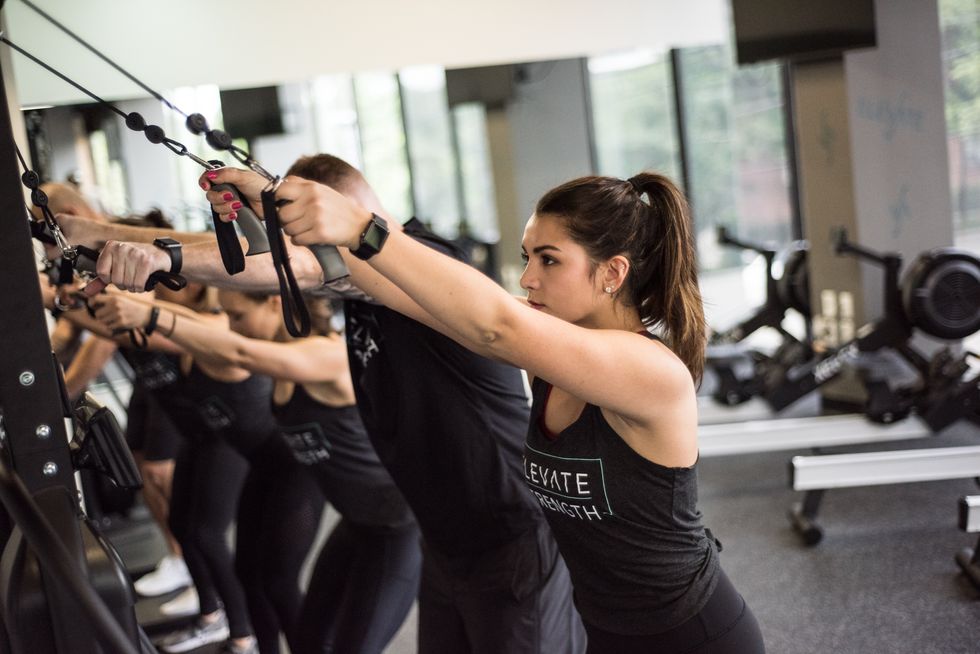 It’s official: Houston has officially left its Fattest City ways in a previous decade. The boutique fitness craze took hold of H-Town in a major way over the last several years, and shows little sign of slowing in the ’20s.

In Rice Military, the beautiful new Breathing Room makes mindfulness a priority. The converted office building has a bold, colorful mural on the exterior — and a light and airy, instantly calming vibe on the inside. Twelve different yoga classes and eight types of pilates sessions are built around breath awareness.

And for anyone left wondering, spin is still in! CycleBar opened in December in a new mixed-use development on Shepherd, while Ride’s newest outpost bowed in West U. And Revolution Studio’s still-new location in Uptown Park offers lightly heated yoga and HIIT classes in addition to cycling.

From Your Site Articles
Dispatches
art

"ART IS LIKE love,” says Houston artist Wayne Bell. “When you fall in love with people, you lose yourself in them. But you can also find yourself.” For 36-year-old Bell, whose dramatic, abstract oil paintings, where gradations of rich, otherworldly colors give the viewer the sense they have stepped into an alternate universe, the path to self-discovery has been anything but straightforward. But art, and the impetus to “create and destroy and start over,” has been with him since childhood, and never really left him alone, even as he pursued divergent goals.

TWO LIFELONG-FRIENDS-turned-business-partners are breathing new life into a Houston jewelry brand which initially launched in 2013. Pia Tolomei and CC Brollier recently purchased Bella Madre from the founders, one of which is Brollier’s mother, and are gearing up for their first holiday shopping season.

Who says retail is dead?! If Houston’s scene is any indicator, brick-and-mortar boutiques are alive and well — and ready for holiday shoppers.