Ouch! Croucher on the Doc Visit That (Kinda Funnily) Screwed Up His Birthday 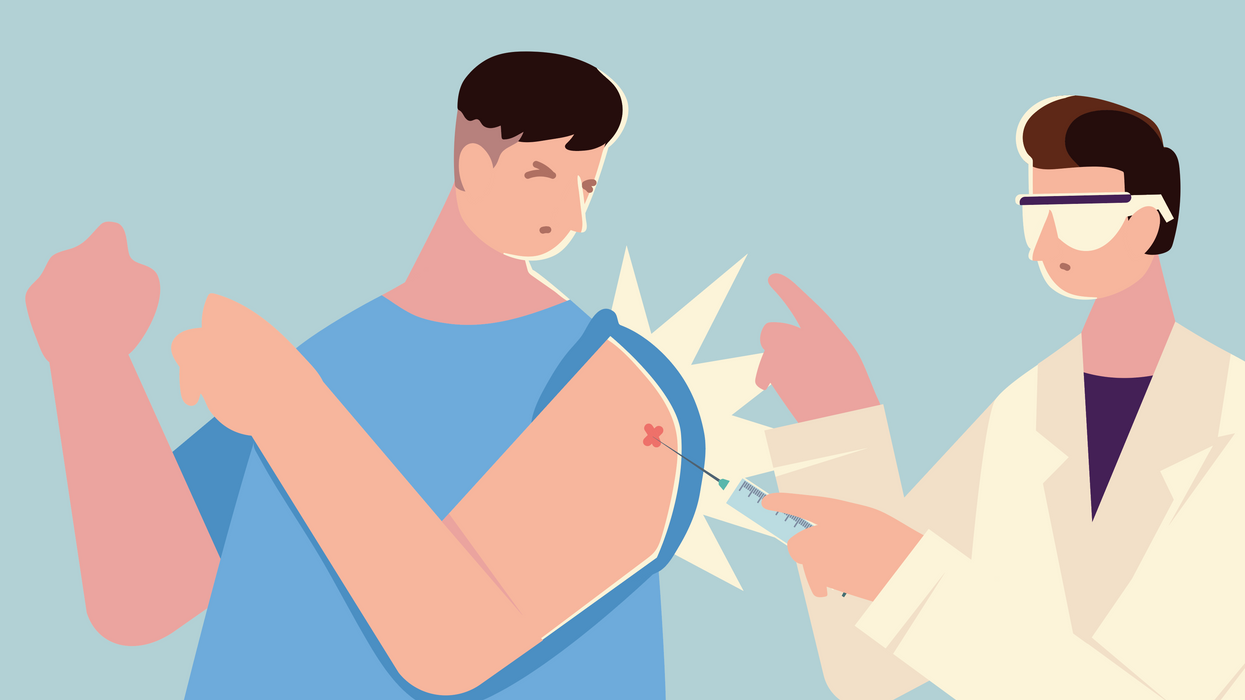 YOU THINK YOU know how a shot is going to feel. At this point in life, I have had innumerable shots —the injection kind, not the concentrated dazzle of dizziness that precedes a morning spent sending apologetic text messages. Allergy shots, flu shots, immunizations — these are not foreign to me. And yet, there I found myself, a grown man, jumping back, yelping in pain.

I should back up, some.

I first noticed a small bump on my thigh just above my knee upon waking up, one Saturday morning. I distinctly remember thinking to myself "looks like a spider bite" and shrugged it off. I have endured bites of all kind, without issue. However, over the course of the next few days, it grew larger and it became painful, and finally, it began to look bad enough that I found myself sitting at the dermatologist's office with several members of the team — along with a med student — trying to figure out what had happened.

It was also my birthday.

At one point, someone said, "Well, I don't think it's cancer." Which afforded no great sense of relief, as I hadn't even considered that possibility. So, I responded, "I mean, I don't think we thought that it was..." in a way that was more a rhetorical question than a declarative statement. And she said, "Right, I don't think that's what it is." Which left me wondering why the concept was even introduced in the first place. But I pushed back. "I am quite certain it's a bug bite of some sort." I had spent some time on the internet, the week before, and felt fairly confident in my ability to diagnose this unfortunate occurrence and felt the person who had gone to school for a decade would be well-served taking my word for it.

Finally, the doctor with whom I had scheduled my appointment took a look and expressed her very pragmatic and probably even scientific opinion that we likely would not ever know the source of the bite. Someone else suggested that it might have been an ingrown hair that started hanging out with a tough crowd and got involved in some stuff that it shouldn't have been involved in (or at least, that's how I heard it). I immediately decided I would reject the ingrown hair theory, wholesale, if for no other reason than it was the most boring explanation I could possibly imagine.

The doctor felt it might go away on its own, which initially prompted some noticeable disappointment on my end. But things turned around in short order as she followed up with an offer to help it along with a steroid shot. Fast medicine. Short pain, quick gain. This was music to my ears. This also afforded me an opportunity that was previously unimaginable, and I took it:

"I guess birthday shots look a little different at 40, huh?" And the room was alight with courtesy laughter.

This thing hurt. It hurt all the time. It had woken me up several times in the week that followed. It hurt to touch. It hurt to ignore. Even the touch a bed sheet was enough to cause pain. So, you can imagine my surprise when the doctor pointed a needle straight at the center of my sadness. I thought, maybe she'll go in from the side. Wrong. Straight into the center.

I was not prepared for it. I don't know how to describe the sensation, but it was so shocking to me when it happened, my body involuntary jumped back before she could complete the transaction and I let out what could best be described as a yelp. She was caught off guard and said, "Oh no, you can't move!" And I defended, "I didn't want to move it just happened!"

But I pressed on. I reset with leg anchored firmly to the ground. I promised to stay still. My fingers dug into the arms of the chairs and as leaned back and bit my lip I said, "Okay, let's do this." Like a hero.

Maybe that's the lesson: When faced with a challenge don't put it off, don't avoid it. Go straight through, right to the center — even when it hurts. Either that, or try to maintain a more consistent schedule with the exterminator. Reader's choice.

Lady Gaga Is Happy With This Houston Company, Thanks to Its New Health and Safety Standards