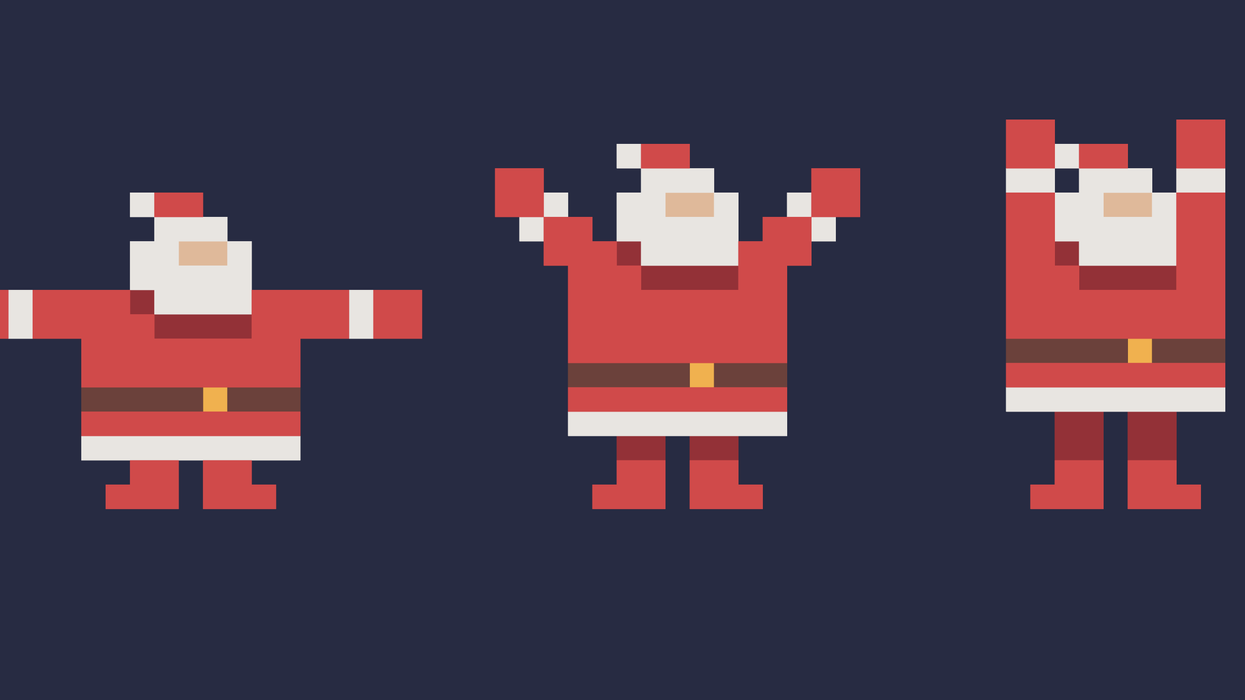 Yesterday was March and now it's almost Christmas — or so it seems. I am currently asking myself if it's too early for Mariah Carey while simultaneously laughing because, of course it isn't. Have you seen this year? Are you presently on earth? Do you miss joy? Mariah's up-tempo chart-smashing holiday banger "All I Want for Christmas" is exactly what we need.

Part of the genius of this song is that it was an entirely original pop song that immediately felt like had been with us forever, although it's only been around since 1994. That's a really difficult thing to do in music. It evokes a sense of nostalgia. And now, seated amongst the flames of 2020, sifting through the ashes of decency in this country, I've let my mind drift off into my own world of nostalgia to a Christmas in the late '80s —before Mariah's yuletide smash was recorded.

What I remember about that Christmas is that, for weeks and months, I'd begged and pleaded for the must-have item of the holiday season. To my supreme delight, when I came down the carpet-covered stairs of our late-'60s-era suburban home, lay in wait the object that would command hours and hours of my young life: the Nintendo Gaming System.

Over time we found that the cartridge system would get dusty, which would interfere with or interrupt the connections, causing the games to be blurry or a flashing or scrolling screen. Somehow, in the absence of a world wide web and the super-connectivity we all enjoy (or bemoan) today, millions of enterprising kids figured out a simple solution: take it out and blow on it. Just like that, all was restored.

Today, in the aftermath of a highly contentious election, I am wondering if it isn't time to hit the reset on American politics — to take out the cartridge and blow on it.

Aside from this flimsy metaphor — which was mostly an excuse to revel in '80s nostalgia — it's difficult to believe we've landed in this hyper-partisan hell. There are countless think pieces and thoughtful op-eds that have been and will be written, which go into great depth in their efforts to ascertain cause and assess blame. I've no real interest in rehashing any of that.

Instead, I'll continue this nostalgic meandering through the '80s by pining for a bygone era when pols of different political persuasion sat and sipped scotch instead owning each other on Twitter.

Everywhere I've ever lived or traveled, I have met people who are just like me. Not that look like me, or who have experienced the same things as me; not people who even share the same beliefs, ethnicity, gender, nationality or outlook as me, but all of whom are just like me — and you.

We are people who want security. We want to provide for our families. We want to live a life with meaning. We want to be happy. This is unfailingly universal.

These experiences are part of our story. They frame our perspective.

Political parties offer reflections of the ideals we hold dear based on shared experiences. But they aren't the sum of our identity. We aren't just a nation of Blues and Reds.

In fact, not one of is just one thing.

I am a small business owner. I am a songwriter. I am a father, a son and a husband — and as my wife would tell you, I am a friend to just about anyone who will have me.

What if our energy was first spent trying to understand where people are coming? What if that effort shaped the way we speak to each other? What if kindness and decency were standard equipment and empathy was our common objective?

As we navigate through the noise of this national nightmare, let's remember this isn't a war and we are not enemies. Let's remember that most of us exist somewhere between these lines and we are closer than we think.

I say pull out the decorations a little early. Throw on a song. Pour a drink. Call an old friend. We can't live in the past, but it's nice to visit, now and then, as we reimagine the future.

Sleeveless Chic: How to Go Back to Style This Summer