The
Magazine
The
Podcast
motivation monday

Get off the Sidewalk, and Run with the Bulls — and Life Itself — in the Middle of the Street! 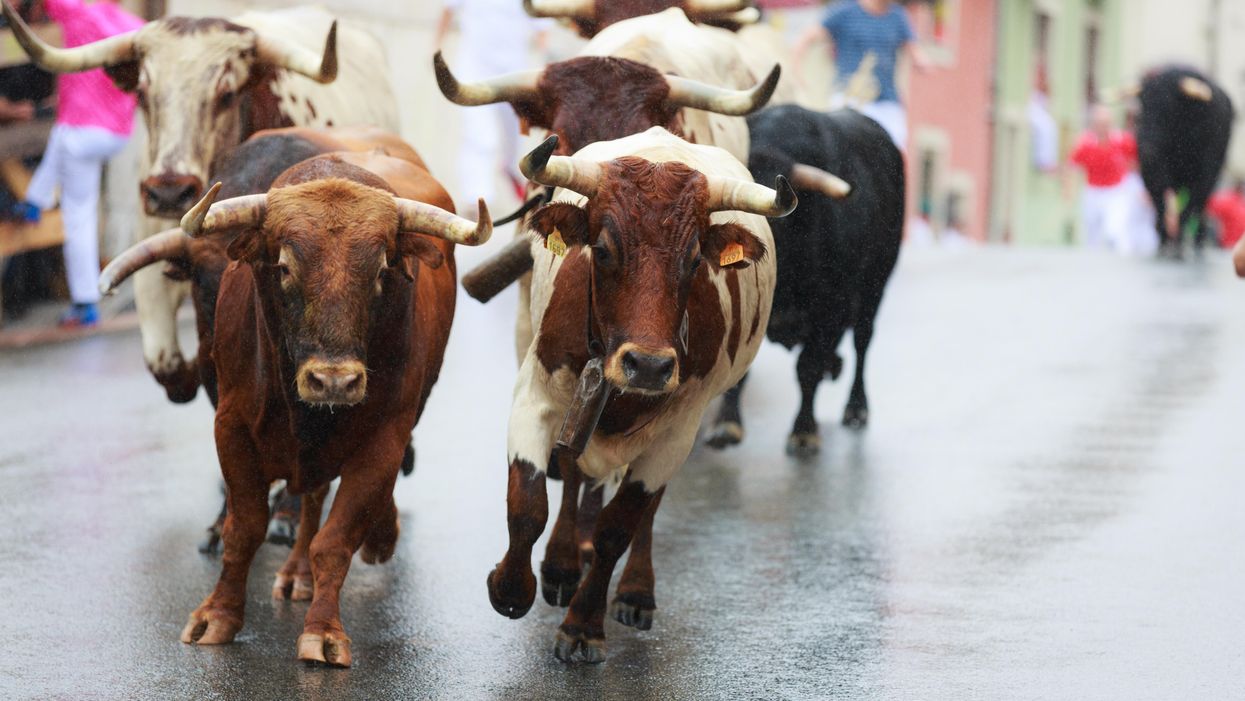 THE YEAR 1991 was the first time I went to Pamplona, Spain for the 10-day fiesta of San Fermin and the eight days of the running of the bulls.

My time there was going to be four days. My only instruction came from a runner named Ron from Phoenix, and, as brief as it was it was, at least, advise. He said, don't run with the first wave, and don't run with the second wave. And when you see the third wave start running.

It wasn't until my third year attending the annual summertime fiesta that two friends — both great bull runners — saw me on the sidewalk waiting for the bulls to come, and they said to me: Get off the sidewalk and start in the middle of the street.

I had the run of my life, and it was fun! But I still wasn't close enough.

Later, at breakfast, while swapping stories, I asked my two friends how they break the three-foot space between running next to the bulls versus running with the bulls. That space is known as the "terror barrier," they said, and you must trust the bulls. It came to my attention that the running of the bulls is like the running of life.

Each day life is running up the street at you, like the bulls, and each day you have a chance to run with life. But most people are on the sidewalks of life pushing and shoving, trying to not get run over. While others try to get off the sidewalk, like me, but get pulled and pushed and tripped by the others living in fear. It's a chaotic mess.

While you are in the street and participating in the run/life a little more you find yourself enjoying the day. You still may get tripped, pulled, and pushed, but now you are jockeying for a position closer the bulls/life. The further you get away from the chaos of the sidewalk the find yourself in a group of individuals trying to closer to the bulls/life and improve their skills. Then you find yourself next to the bulls/life, about three feet away. You are up on the terror barrier or what Napoleon Hill in his book, Think and Grow Rich, calls three feet from gold!

Life's experiences are cut short, dreams fall short, opportunities are missed, because of the terror barrier. So, what do you do? You step into the bulls. You lean into life, and when you do, you will find yourself not running next to, close to, or somewhere around the bulls/life. But instead, you are running with the flow of the bulls/life — with your hair on fire and your eyes wide open.

Have faith in yourself and your abilities to overcome whatever is put before you.

People will say the sky is the limit. But how can the sky be the limit when there are footprints on the Moon and rovers on Mars. There are no limitations, only possibilities. It is written, "These things I do, you can also do and more."

Peter Remington is an executive at Houston CityBook and also a business consultant and life coach. For more information on him and his Prepare 4 More, visit here.