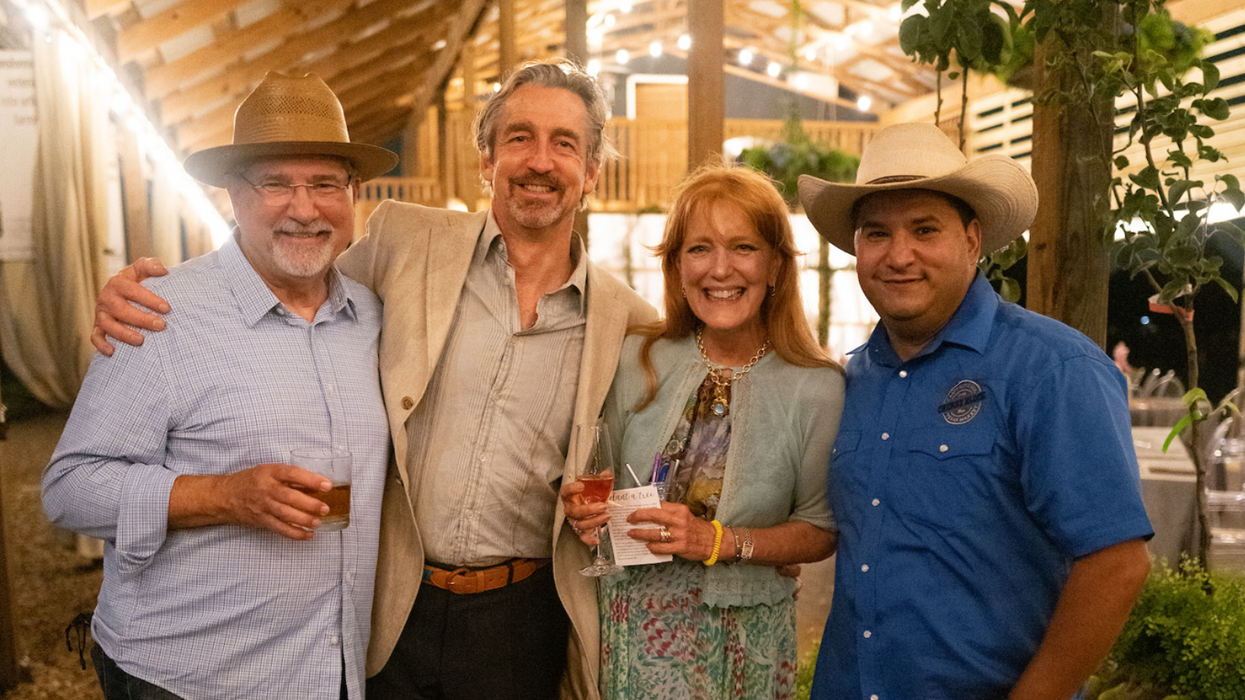 The in-person event may have had fewer attendees than in years past, but the lavish 10-course dinner was anything but pared down. It was held at Recipe for Success' Hope Farms, and kicked off with a cocktail hour in the Chef's Kitchen Garden that included refreshing gazpacho shooters topped with the farm's edible flowers.

The evening proceeded with dinner in the farm's "gathering barn." Guests took their seats, looking up to find four "living chandeliers" hanging from the vaulted ceiling, made with maidenhare ferns and multicolored hydrangeas. Back on the ground, a gray and silver tablescape featured beautiful pastel flowers arranged in rustic pots and glass vessels.

In fact, the event raised funds to not only support Recipe for Success' mission, but also to restore Hope Farms following the historic weather event. Cavnar thanked McDugald Steele for donating a collection of Asian pear trees, sharing with the crowd that 100 percent of the citrus orchard and 50 percent of the other fruit trees were killed off this winter. More than half of the attendees agreed to underwrite new trees!

Delicious Alchemy also honored Peg Lee, a Houston culinary institution who cooked her way through kitchens across Houston and eventually launched Central Market's cooking school. It was announced on this night that Hope Farms' new classroom would be named after Lee.

Cocktails in the garden