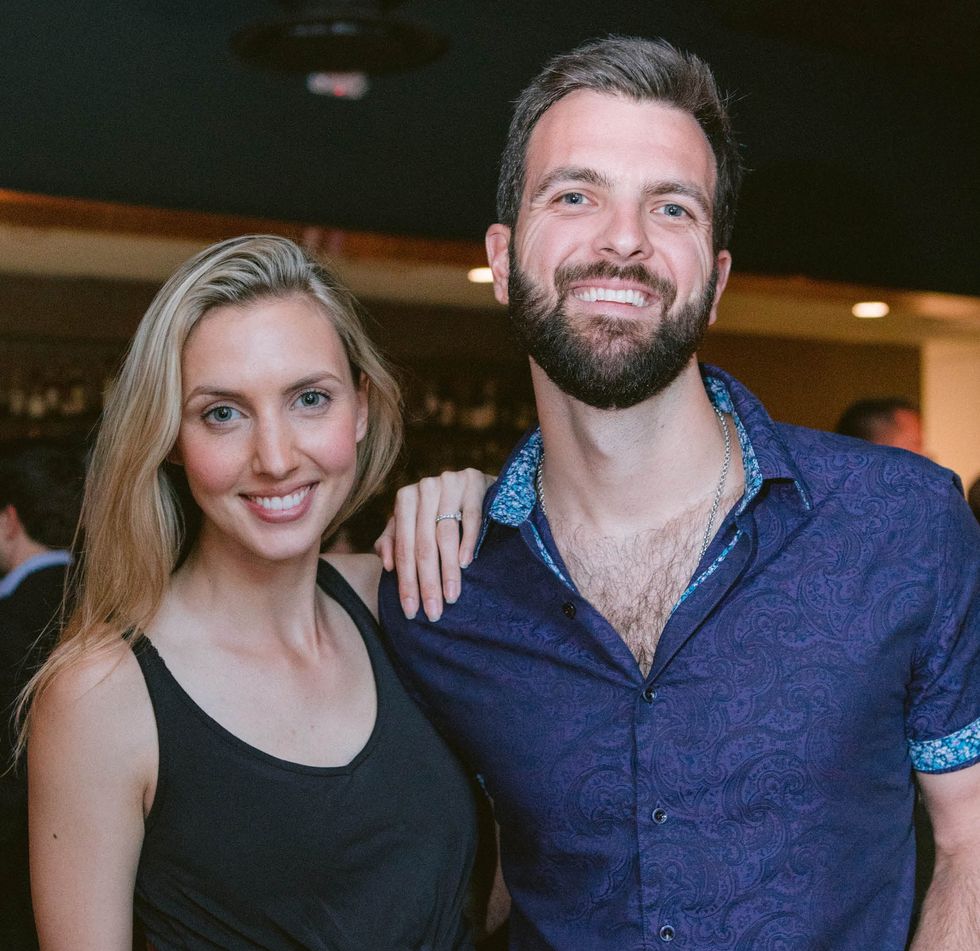 After days of what seemed like relentless rain, the clouds lifted, the sun emerged, and EaDo hot spot Miss Carousel debuted its picture-perfect patio for Houston CityBook's Music Issue party.

The crowd of 200-plus filtered through the retro-cool cocktail bar and spilled out into its new courtyard, snagging plates of delicious food and signature drinks — like a refreshing Pimm's Cup featuring 8th Wonder hopped gin, served in a tall, cucumber-wrapped glass — on their way outside. Guests chatted it up with several local musicians highlighted in CityBook's May feature “Music Makes the People Come Together," photographed by Steven Visneau, who was also in attendance, at Miss Carousel.

A highlight of the evening was when Madeline Edwards, who was included in CityBook's feature, played what is sure to be the first of many concerts in the outdoor space. Editor in Chief Jeff Gremillion welcomed the crowd and offered remarks on Houston's celebrated music scene, then Edwards took to the mic and serenaded guests with soulful originals and jazz-flecked covers of songs like Childish Gambino's “Redbone."

In a corner opposite Edwards' setup, cooks flipped burgers over an open fire and sent the smell of summer into the air. The cheeseburger with charred onion relish was mouthwatering; grilled cauliflower and chicken kafta were also on offer.

Back inside, the spread included chicken empanadas, slow-cooked pork ribs with fermented chili and pickled radish, and eggplant toast — plus a not-to-be-missed dessert buffet with cinnamon-walnut pralines and pineapple thumbprint cookies — all provided by Miss Carousel and its neighboring concepts, Vinny's and Indianola. All three outfits are operated by Agricole Hospitality, who generously sponsored the bash along with 8th Wonder.

The staff had to flicker the lights to signal the end of the party, at which point folks passed back through the bar and out onto the front patio, discussing which EaDo bar to hit next. On a Monday night? Why not!