On the Grow: Trees for Houston Plans New Permanent Campus 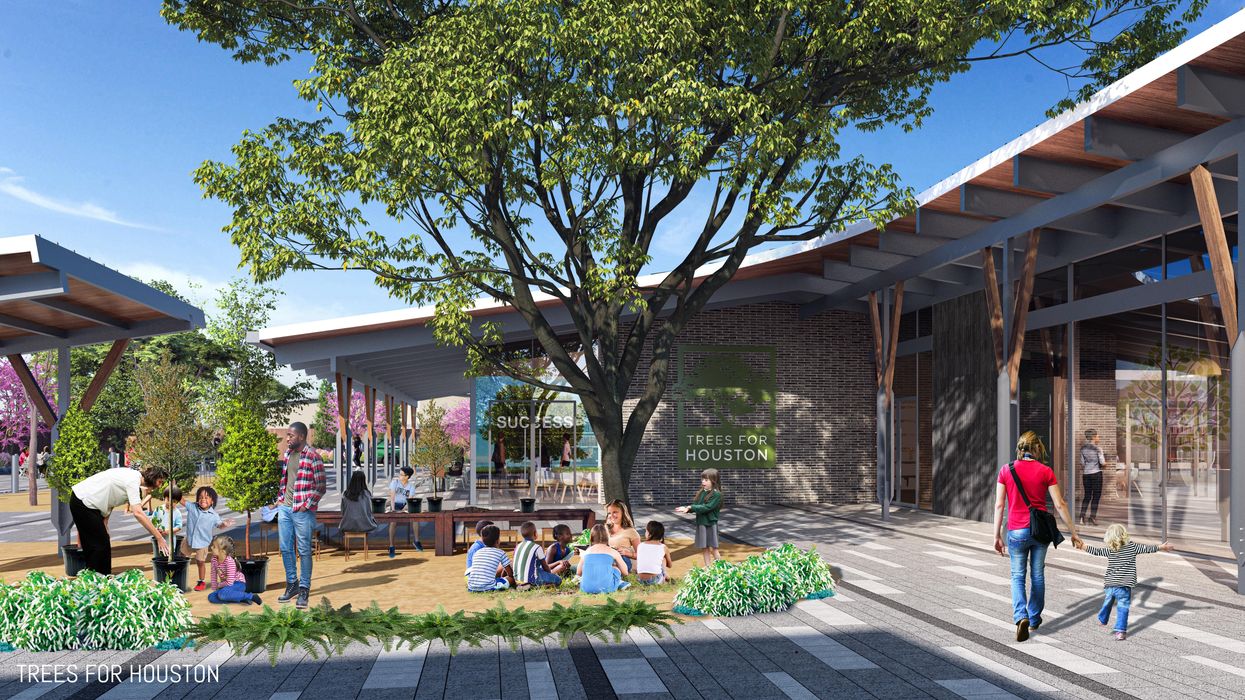 ON EARTH DAY yesterday, Trees for Houston, an eco-conscious nonprofit that has planted over half a million trees in the greater Houston region since its founding in 1983, announced plans for a new, permanent campus. It will live on 1.5 acres in the heart of Garden Oaks, and feature an onsite tree nursery, office space and an education center.

The project, which was made possible by a lead gift of $3 million by The Kinder Foundation to Trees for Houston's Taking Root capital campaign, will expand the popular nonprofit's capacity to serve Houstonians.

Groundbreaking on the just-named Kinder Campus will take place this winter, with a slated opening date in the fall of 2022. Designed by Kirksey Architecture and Lauren Griffith Associates, it will have several "green" features, including permeable surfaces in lieu of concrete, and a cistern to collect rainwater for irrigation.

"The establishment of a new community campus will be transformational for Trees for Houston as it continues to increase tree distribution across the greater Houston area for years to come," said Nancy Kinder, President and CEO of the Kinder Foundation, in a statement. "The Kinder Foundation is proud to support Trees for Houston as they continue their commitment to greening the region through the planting, protecting, and promoting of trees."

The new campus — which will tout an education center named the Bauer Education Center, an office building bearing the names of donors Kyle and John Kirksey Sr. and a tree nursery named after Chevron — will enable Trees for Houston to consolidate all of its operations into two main tree farms. This should boost its annual tree distribution by 20 percent. It'll also provide a better space to host events and better engage with local schools and community members.

"The tree nursery on the Kinder Campus will be a game changer in increasing our growing capacity to meet the needs of those we serve, including local municipalities, parks, schools, nonprofits, community partners and individuals," says Executive Director Barry Ward.

Trees for Houston has planted nearly 20,000 trees in the past year, with notable plantings including 5,524 trees planted with community partners like the City of Houston, Memorial Park Conservancy, Spark Park, Houston Arboretum and the Houston Zoo. The nonprofit hopes to increase its plantings to 100,000 trees within the next five years.