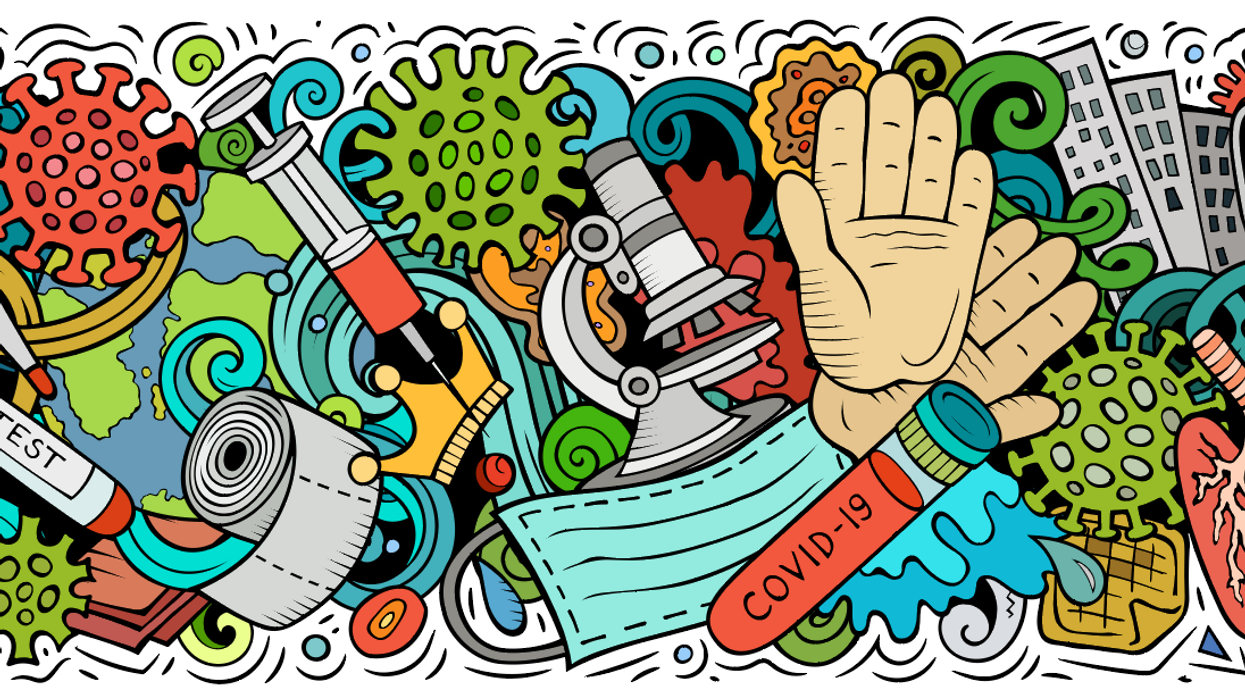 My father was recently diagnosed with COVID.

Walking from one room of my parent's home to the next was a struggle for him. He says he felt as though he'd been "run over by a Mack truck." Every muscle ached — as though he'd run a marathon. Lifting his arms was a struggle. His breath was short. Light coughing. And a lot of worry.

He has no idea where he contracted the virus. He's pretty careful about social distancing and wearing a mask in public. He plays golf, but he always takes his own cart and sits at his own table for the celebratory beer at the end of his game.

All I could think to do was pray for a full recovery.

At this point, there are darn few people in the world who haven't been touched by this vicious and invasive virus. Some, like my daughter, come out of it hardly realizing they are even sick. Had her morning coffee not tasted like water, she would have never known she had contracted the virus. Some, like my sister, are in bed for a couple of weeks, except for the brief hospital visit for fluids to recover from severe dehydration. Still others are fully hospitalized and potentially placed on ventilators. And the worse case scenarios are when those hospitalized never make it back home.

But we are turning the corner on this damn disease. Finally there is a vaccine; it will take some time for it to completely infiltrate global societies. Meanwhile, however, there is something else equally as exciting as the vaccine — that nobody is talking about. And as I write this essay, my dad is one of the first of a handful of recipients to receive this life-saving infusion from our very own Methodist Hospital.

The U.S. Food and Drug Administration issued an emergency use authorization (EUA) for the monoclonal antibody therapy bamlanivimab for the treatment of mild-to-moderate COVID-19 in patients over 65 years or those at high risk because of other chronic medical conditions.

"Monoclonal antibodies are laboratory-made proteins that mimic the immune system's ability to fight off harmful antigens such as viruses," according to an FDA news release. This particular antibody is "specifically directed against the spike protein of SARS-CoV-2, designed to block the virus' attachment and entry into human cells."

Waiting for FDA approval would have taken far too long and potentially at the cost of far too many lives. As such, the issuance of an EUA is quite different. The FDA evaluates the evidence and balances it with risks to determine if it's reasonable to bring something to patients without approval. And in this case, they did.

They have just started infusing this medicine into patients in Houston hospitals, and it appears to be a wonderful treatment option to help limit the amount of the virus in the body. It has been shown to improve symptoms quicker — and the patients may be less likely to need a hospital stay. It apparently is not a treatment option for a patient that has already been hospitalized because of breathing issues or lack of oxygen flow. But it's preventative.

Once my father completed the infusion, a simple hour-long IV session with a saline chaser and a short wait thereafter for monitoring potential after effects (of which there were none), he was on his way with no issues. And he woke up the following day feeling terrific. After days of literally not being able to lift his arm without muscle fatigue, he is back to his energetic self.

Apparently, this is the same antibody cocktail that President Trump received in October, which is most likely why he also bounced back so quickly. The therapy has been out for a couple of months now — and lucky for us, it has made its way to Houston. I'd say that's something to celebrate in the world of COVID!