Suited up in military inspired styles, amid the ruins of a sunswept urban wasteland, Alley Theatre actors Michael Brusasco and Jay Sullivan report for duty. 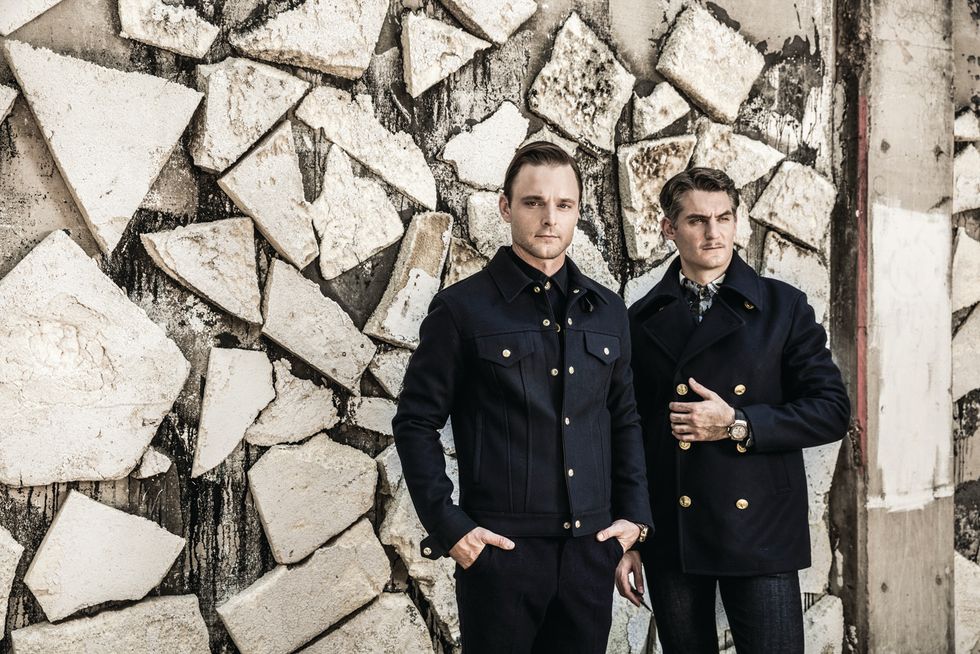 THIS FALL TWO of the city’s most admired leading men — Michael Brusasco, 39, and Jay Sullivan, 35, both New Yorkers still fairly new to the company — will costar in the Alley Theatre’s highly anticipated and sure-to-be frenetic production of A Midsummer Night’s Dream, a funny-sexy love letter to its playwright, William Shakespeare himself, on the 400th anniversary of his death.

Rumor has it the Bard’s greatest comedy, running Oct. 7-Nov. 5, is to be retold with revealing costumes and an edgy, steampunk vibe. But the heart of the story is, well, the heart of the story. “When you’re in love, you’re f***ing crazy,” says Brusasco, who plays the romance-challenged Demetirius in the production. “I think that’s one of the beautiful things about Midsummer. You get to watch people fall in love and go a little crazy.”

This fashion shoot — made in and around a vast, artfully decaying former rice mill and automotive graveyard in the Greater Fifth Ward — also channels a steampunk sensibility. And, like Shakespeare’s play, is largely set outdoors. The actors slip in and out of military-inspired looks by Ferragamo, Brunello Cuccinelli, Bottega Veneta and others to deliver winning shots, with few complaints about the late-summer heat. “You know Houston,” laughs Brusasco. “It’s like being in a nice bowl of soup, a nice bowl of pho. New York is hot, but it’s not hot like this.” It’s the first time Sullivan — Midsummer’s mischievous elf Puck — has ever tried his hand at fashion modeling. But he thinks he might already be a pro. “Changing clothes is the easiest part of my job,” he laughs. “I’ve got that down to a science.”

It's Literally Freezing, Houston. You Need These Soul-Warming Soups Now