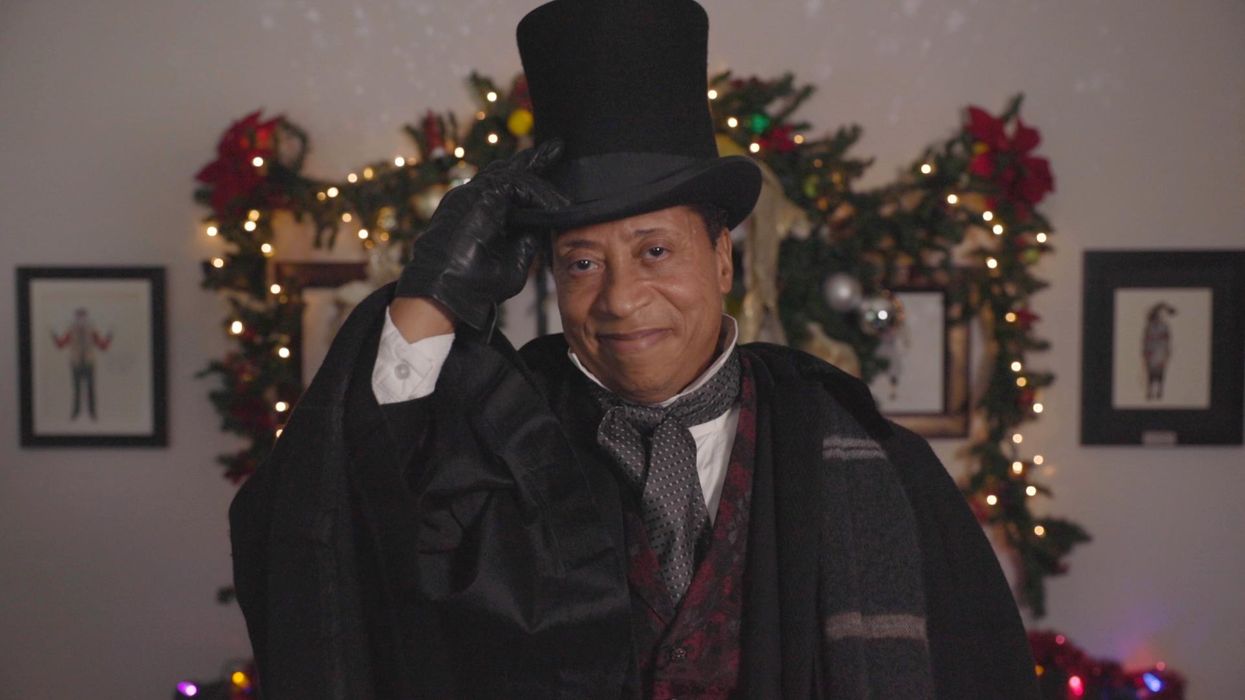 As the world waits for a Covid-19 vaccine, and arts organizations continue exploring how to work with limited resources and new technologies to bring classic and contemporary stories to audiences in isolation, Houston's renowned Alley Theatre has stepped up with a newly filmed production of A Christmas Carol, now available to view online for free through Dec. 27.

"It's not like any production we've done before," says David Rainey, who plays the dual role of Scrooge and a grumpy stage manager among a company of exuberant actors preparing to perform the Dickens classic. It's a very "meta" version of the Dickens classic, free of irony and full of heart, and an example of how to create a digital experience that, in Rainey's words, "feels like theater."

To realize what had to be a contactless production, the Alley delivered cameras, lights and tripods to each cast member, who were then tasked to construct a "mini-studio" in their homes. "It was a lot of stuff," says Rainey, who initially struggled to find room in his place to light and film his performance. In addition to costumes and props designed to evoke Victorian-era England, including quills, top hats, and the Cratchit family's scrawny Christmas turkey, several modern-day creature comforts found their way into the production. Spoiler alert: Tiny Tim (Mack Hutchison) plays a drum kit while the Director (Todd Waite) dances with a giant stuffed penguin.

While filming, the cast adjusted their performances to suit the intimacy of the production. "The camera can pick up a lot more," explains Rainey. "So, there wasn't a need for you to project as much. You could have more subtle moments." That said, the camera work throughout A Christmas Carol is up-close and personal; for longtime fans of the Alley, the front row experience will feel like a visit from old friends.

The Alley recently announced the remainder of its 2020-21 season will be entirely digital, with both short and full-length plays produced with the technology used for A Christmas Carol. "I think people are applauding the fact that theaters are being innovative," says Rainey, "that we are not rolling over, but instead asking, 'What can we do with this?' I think we're finding really good answers to those questions."

To view A Christmas Carol, patrons must register at alleytheatre.org. Subtitles in Spanish and Vietnamese and closed captioning in English are provided.