On With the Show? Covid Forces Performing Arts Groups to Get (Even More) Creative

As the pandemic keeps theater doors closed, local organizations are figuring out new ways to connect with their audience. 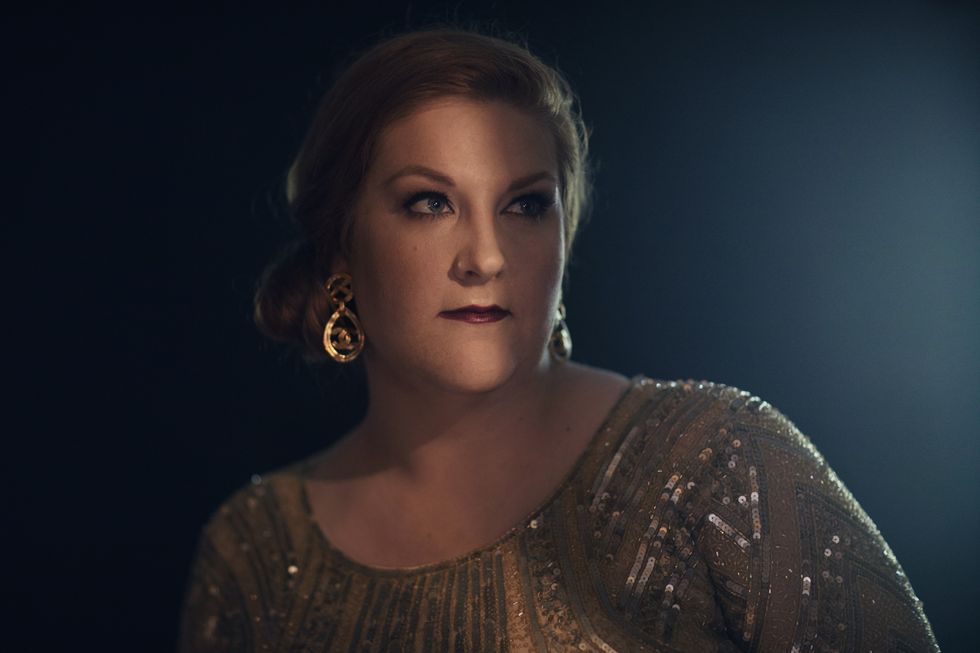 Tamara Wilson, who stars in HGO’s first Live from the Cullen Recital Series on Sept. 11

Many theaters across Houston and around the world have been dark for nearly six months — and as the fall performing arts season is upon us, those who closed their doors or roped off seats are rethinking how to approach live theater.

HGO Digital will be available through Marquee TV, an on-demand streaming platform dedicated to global arts and culture that was dubbed the “Netflix of the Arts" by The Financial Times. The company's 66th season opens on Sept. 18 with the debut of the Live from the Cullen Recital Series, featuring a performance by soprano and HGO Studio alumna Tamara Wilson. Other beloved HGO stars, including Ryan McKinny and Jamie Barton, will participate in various concerts and operas throughout the season; a highly anticipated springtime project from Ana Maria Martinez will be announced later this year.

“The arts have the power to transform and heal," says Artistic and Music Director Patrick Summers. “While we will not be able to come together in person, it is exciting to know that we can still experience opera as one. This move to virtual programming has provided us with the unique opportunity to explore different works and share them with a global audience."

Down the street from HGO, the Alley Theatre plans to present an abbreviated version of its regular season, with all shows taking place in the Hubbard Theatre, the larger of the company's two stages. Design director Michael Locher created a flexible set that will easily transition between several shows.

The Alley calls its 2020-2021 lineup “small but mighty," and the six-show season kicks off in November with, of course, A Christmas Carol. Notably, there will not be an Alley All New Festival this season. But Liz Duffy Adams' Born With Teeth, part of Alley All New in 2019, debuts in January, while High School Play: A Nostalgia Fest — written by Vichet Chum and developed during 2020's All New — will premiere next summer. Another highlight will certainly be the Pulitzer Prize-winning play Sweat, which opens May 28 and is produced in collaboration with The Ensemble Theatre.

The theater's Lights Upfundraising campaign is ongoing, and Houstonians are encouraged to donate in order to support the Alley, one of only three theaters in the United States that employs resident actors year-round.

Stages had celebrated the completion of its new home, The Gordy, a fabulous $35 million setup a block south of its former Montrose location, just before the shutdown in March. Now, even as Covid continues to present challenges in gathering actors and audiences for live performances, the institution is pushing its artists onto center stage: Eight local actors who are beloved to the Stages community share a program from The Gordy, incorporating music, spoken word, poetry and storytelling. Last weekend, Holland Vavra kicked things off, while this Friday, Outspoken Bean's show debuts. A production by Kelley Peters streams Sept. 4, one from Tamara Siler on Sept. 11, and another by Raven Justine Troup on Sept. 18. LaBraska Washington, Jasminne and Lupe Mendez, and Mark Ivy round out the eight-week series.

Referencing the bold black-and-white quote painted on a wall in the lobby of The Gordy, Stages Managing Director Mark Folkes says that the team there is “leaning in and focusing on storytelling in new mediums that allow us to continue forward in relationship, until the moment we can again sit together in the dark to learn how to love each other in the light."

Finally, Catastrophic Theatre recently announced that its upcoming season would incorporate some experimental, site-specific work — a “return to our roots," per co-founders and artistic directors Jason Nodler and Tamarie Cooper. Throughout the fall and spring, Catastrophic will dispatch troupes of “fearless thespians" to perform in front lawns all over H-Town. Dubbed “The Drama Squad," these Houston artists will deliver all-new, original works on-site, until live theater can safely return to indoor venues.

Other highlights of Catastrophic's season include a short-film premiere by Greg Dean; a concert-play-hybrid fittingly titled We're Gonna Die; and, as is tradition, a new iteration of Tamarie Cooper's Holiday Super Show! The theater will also stream virtual performances throughout the year, like Tamarie Cooper's 2020: Quarantine Edition!, available online now through Sept. 13. All of the aforementioned shows are pay-what-you-can, with the exception of Drama Squad appearances.

AT TOP: Tamara Wilson, who stars in HGO's first Live from the Cullen Recital Series on Sept. 11