Veteran H-Town rocker Stephen Wells has much to celebrate with his new project Birthday Club. 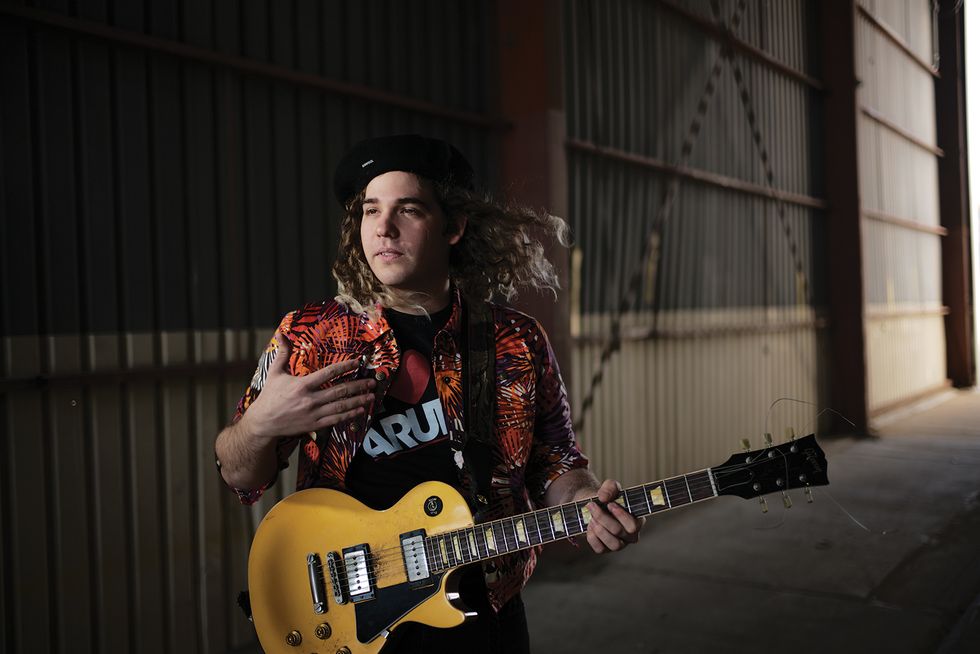 Letting go of childhood friendships isn’t easy. Just ask musician Stephen Wells, who grew up playing with his middle-school pals in the well known psych-pop band Featherface. The members went their separate ways after five years of making music. “It was scary,” says Wells, whose headful of shoulder-length dyed-blonde curly hair often peeks out from underneath a beanie, of the breakup.

But Wells used the painful experience to sculpt powerful songs. His indie-pop project Birthday Club released its six-song EP Lighten Up in 2016, having since played high-profile stages like a showcase gig at last year’s SXSW. And in March, it’ll perform during the inaugural In Bloom festival, formerly Free Press Summer Fest. (For more on the rechristened music blowout, see “Second Act,” at right.)

Birthday Club is ultimately a solo recording project, in which singer and guitarist (and avid skateboarder) Wells writes the music and lyrics in an intimate style influenced by British singer-songwriters like Nick Drake and Vashti Bunyan. “I love ... how they sound so dark and personal, but then the strings and the way the songs are produced are cinematic and deeply beautiful and profound.”

When performing live as a band, Wells handpicks musician friends who he thinks will best fit the suite of songs. The result is an all-encompassing wall of sound that feels intimate despite the turned-up volume. “A lot of the songs were written by myself in a bedroom. I’m not necessarily imagining the songs being performed as I’m writing them,” he explains.

Wells says Birthday Club has been on perma-tour for the last year or so, noting a memorable gig at Philly’s Center for Art in Wood. A hundred people, sitting cross-legged and flanked by woodcarvings, took in Birthday Club’s sonic blitzkrieg. “We blasted them with sound and I felt really bad about that,” laughs Wells, “but it was weird and really fun.”

AT TOP: Houston rocker Stephen Wells steps out on his own with his indie-pop project.