Downtown’s Barbara Jordan Post Office shuttered last year. But when the highly anticipated second iteration of Omar Afra’s Day for Night festival hits there Dec. 17 and 18, the site will once again be — ahem — pushing envelopes. 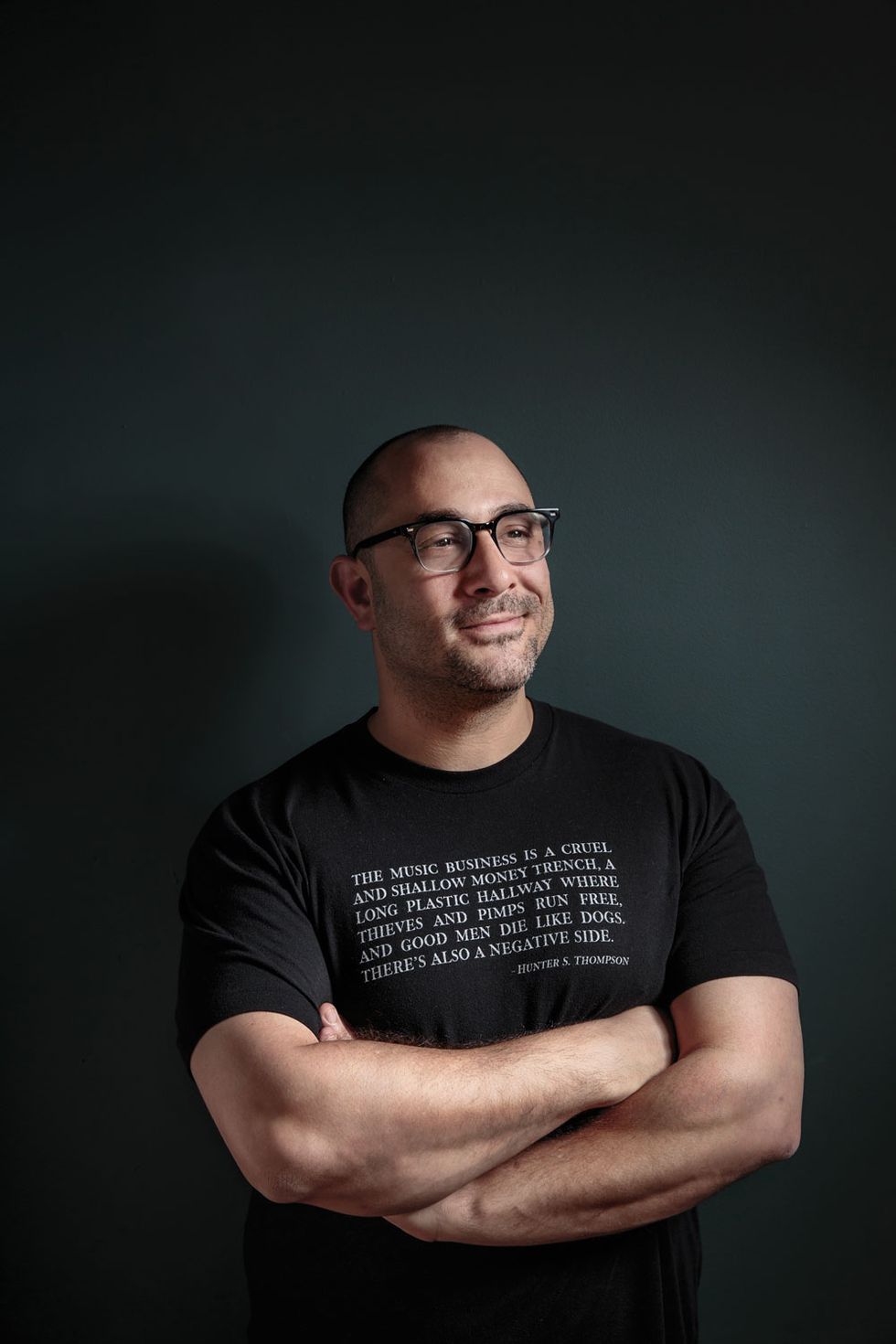 MOST MUSIC FESTIVALS follow a simple formula that has changed little since the days of Woodstock: Wrangle some big-name acts, throw up some stages in a big empty field, provide booze, and release as many concertgoers as you can into the space. It’s a strategy that has worked for years, and with the music industry as calcified as it is, it’s often hard for festival producers to make even small changes to that template without facing incredulity from the industry’s “If it ain’t broke, don’t fix it” crowd.

But Free Press Houston’s Omar Afra, 38, isn’t a member of that crowd. After he and his partners sold Free Press Summer Fest to Austin’s C3 Presents — who produce Austin City Limits and Lollapolooza — in December 2014, he put 100 percent of his portion of the sell toward the creation of Day for Night, a hybrid music and arts festival that pushed the envelope at its debut last December. It expertly used its cast of top-tier musicians and cutting-edge light artists to create a seamless, visually interactive festival experience that felt as much Art Basel as it did music festival.

The killer lineup for this year’s festival dropped in late September — Icelandic earth goddess Bjork, British electronic music savant Aphex Twin — and so far people from outside Houston have scooped up 75 percent of the tickets, with many concertgoers coming from as far away as Europe and Asia. It’s clear that Afra and his team are onto something with the festival, which is expected to draw in a crowd of between 30,000 to 40,000 people.

Afra’s journey from what he describes as being just “a neighborhood knucklehead” to one of the most innovative producers in the industry has been storied and laden with risks, but it’s also helped shape his unique perspective on the festival scene.

Afra began his relationship with Houston in 1980 when he and his family moved to the city from Iraq as refugees of war. “One of the beautiful things about Houston is that we feel like we embraced the city and it embraced us,” he recalls. After attending college for a bit at Arizona State, the political science major returned to Houston where he taught music lessons — voice, piano, bass — for years, up until the store at which he taught unexpectedly closed. “My wife and I had tossed the idea around of starting a newspaper,and when I lost my job, people looked at me and they went, ‘Well, you’ve been talking about it forever, now’s your chance.’”

In 2003, as the Iraq war ramped up, Afra — who still has family in the war-torn country — felt that he and his friends had plenty they could talk about if they started a newspaper. Not knowing anything about publishing, he and some buddies started Free Press Houston and decided to figure it out as they went along. “I remember the week before we decided to go to print, we went out and bought Photoshop and tried to learn it,” he chuckles. “We didn’t realize Photoshop wasn’t a program you use for text, so we actually ended up printing out columns in Word and then scanning those into Photoshop for the first issue.”

But Afra and his team figured it out fast and started to excel at what they were doing, eventually deciding to use their newfound publishing success as a way to segue into creating events. They started with smaller concerts at places like Numbers. But in 2005 they rolled out the first installment of the Westheimer Block Party, which they ended up doing twice a year for five years. “Everyone kind of cut their teeth on festival events and promotion with the Westheimer Block Party,” he says. “We feel like, internally … it was such a loving family that put it on.” But with limited city support for the event, it was difficult to get street closures and find spots for necessary things like portable potties.

In 2009, Free Press Summer Fest was born when Afra and his team decided to partner up with Jagi Katial’s Houstonbased concert-promotion company Pegstar — they have since amicably parted ways— and move the event to Eleanor Tinsley Park where they could have better control over the event and could charge for admission. “FPSF was the natural next step,” he says. “We thought, ‘Cool. Let’s bring in bigger bands, and see how much of a stomach there is for this in Houston,’ and we were shocked by how many people wanted it.”

The festival, which brought in around 18,000 people its first year, now regularly brings in crowds of 100,000. The festival’s yearly all-star rosters of artists have gotten longer and more impressive each year.

But as much as he loved putting on FPSF, Afra says it was a struggle to get all the partners on the same page. “We found that a lot of people in the music business world and the festival world are really rigid about trying new things and really pushing the envelope to create new experiences,” he says. Day for Night is an attempt by Afra to rewrite the rules. “To a certain degree in any medium — whether it’s music, art or business — oftentimes you want to learn as much as you can, then erase everything you’ve f***ing learned.”

Critics may observe that the rosters of large festivals often appear disconnected, as organizers try to cover their bases by throwing together artists from divergent music genres in order to appeal to the masses. Afra, however, wanted Day for Night to be more of a laser-focused festival that would appeal to a specific group. “The thing about a curated festival like this is that the totality of the experience trumps each individual component,” he says. “And I think that’s what you get when there’s a connective tissue or an overarching narrative between all of your bookings.”

In their new space Downtown, at what was formerly the Barbara Jordan Post Office campus — last year’s festivities went down at Silver Street Studios — Afra and his team have a vast indoor-outdoor space for letting imaginations run. “Like last year’s site put on steroids and LSD,” says Afra. A full 35,000 square feet in the fivestory building has been claimed by Bjork Digital, an exhibition of digital and video works created by the Icelandic artist.

Bjork herself will be on site to DJ at a VIP preview party hosted by Killer Mike from Run the Jewels on Friday, ahead of her Saturday night festival performance. Local star Kam Franklin and Woodlands native and Arcade Fire frontman Win Butler (DJ Windows 98) will also perform sets at the VIP Friday fete. “It’s funny, because in NYC or L.A. there might be parties like this once a week where you have this convergence of amazing artists and celebrities,” says Omar. “But this is kind of a new thing for Houston.”

The festival’s roster also features Odesza, Kaskade, Banks and more. And while Bjork Digital is likely to be the artistic pinnacle of the festival, the art side will also be fleshed out with installations by trend-setting artists like Golan Levin.

One thing you can always expect from Afra and his team is that when they set out to do something big they always deliver. And based on the excitement that seems to be permeating through the Free Press office, their sophomore Day for Night might just be their biggest delivery to date.

“Right now there’s this really great synergy in the team,” he says. “Everybody in the office walks in in a great frickin’ mood because we’re so excited about what we’re doing. We want to show that Houston can innovate, not just emulate.”