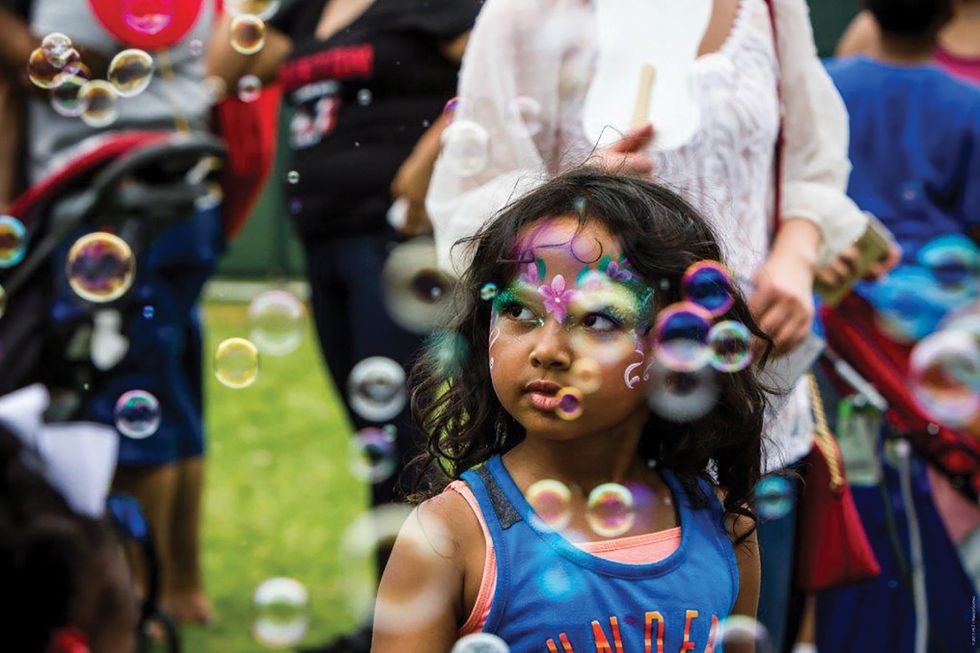 Back in 1988, a family festival at a small park welcomed an inaugural crowd of 5,000. Fast-forward 30 years, and the celebration has grown ten-fold — and raised millions for charity. Now filling 16 city blocks with activities for kids from tots to teens, the McDonald’s Houston Children’s Festival hits Downtown April 7 and 8.

“It’s incredibly fun,” says festival director Tony Terwilliger of the array of sprawling stages for entertainment and 14 “family fun” zones between City Hall, Tranquility Park and Sam Houston Park. “Aside from entertaining, our goal is to inspire,” he says, noting that the fest encourages kids “to explore their futures in different industries,” and that “celebrities and fictional characters will also be in attendance.” Plus, there’s a motorcycle show featuring Nerveless Knocks, and carnival rides and petting zoos.

But it’s not all fun and games. The festival is in aid of Child Advocates, a nonprofit dedicated to helping children who have experienced abuse or neglect and are placed in foster care. “The festival is extremely important to us as it raises vital awareness and funds on our behalf,” says Child Advocates’ Ashley Brockette.

Chastiti Horne has spent 22 years as a volunteer. “The fact that I and so many of the advocates have remained affiliated with this charity for such a length of time says a lot,” she says. The role of the advocate is to be the voice of foster care children in family court. Horne helps decide, through interviews with family members, educators and health advisors, what is truly in the best interest of the child. “I’ve had the privilege of assisting over 50 children,” she says. “As much as people might think we impact the child’s life greatly, I actually feel like it’s been the other way around. It’s made me a better person.”

Terwilliger himself is celebrating his 21st year as the director. “The festival has been around so long that we hear stories of parents who used to attend as children now taking their own kids,” he says, “which I think is very special indeed.”