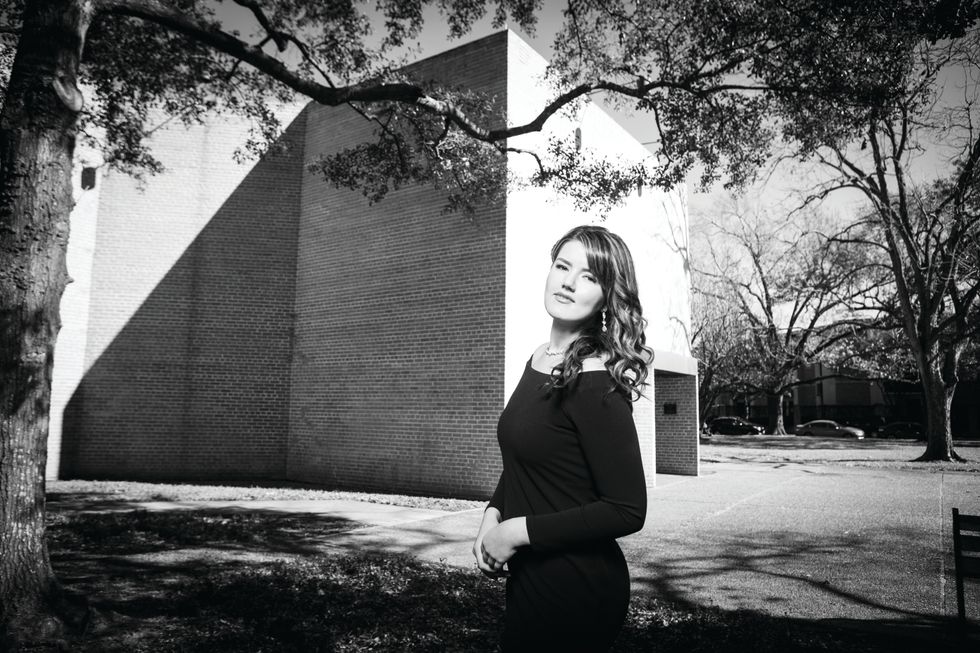 This year will mark the 30th anniversary of the Menil Collection, and not coicindentally HGO chose 2017 for the premiere of Some Light Emerges, a new chamber opera set in the Rothko Chapel that will play for two nights, March 16 and 17, at the Ballroom at Bayou Place. Composed by Laura Kaminsky, with libretto by Mark Campbell and Kimberly Reed, the opera tells the story of five different people who visit the chapel at critical times in their lives while also giving background on the trials and triumphs Dominique de Menil experienced overseeing the creation of her namesake museum campus’ beautiful chapel.

Houston Grand Opera Studio member Yelena Dyachek, 25, who plays de Menil, the late legendary arts patron and visionary, says it’s been both a challenge and a joy preparing for her role in the opera — and that she’s learned a lot about one of Houston’s most iconic ladies in the process.

“The most fascinating thing to me about Dominique de Menil was her ability, as a woman in a world dominated by men, to get things done so quickly,” she says. “Art would not be such an integral part of Houston society today if not for her spirit of determination.”

A detail of Barer's 'Glitched'

AMONG THE MANY participating spaces in this year’s FotoFest Biennial is Nicole Longnecker Gallery, which relocated from Colquitt to the ALARA Garage complex in the Heights last fall. On Saturday, Sept. 24, the gallery joins the city-wide celebration of photography with an open house for Cara Barer’s new exhibit Glitched, featuring the artist’s hyperreal, digitally “corrupted” photos of repurposed books, newspapers, and other print media she has dropped into water or otherwise mangled to create dramatic, otherworldly images.