The
Magazine
The
Podcast
Legacy

‘He Was a Point of Light’

In a quiet moment — as the spotlight dims on the historic funeral proceedings for Houston’s own President George H.W. Bush, spanning three cities and capturing the attention of the world — a son remembers his father. 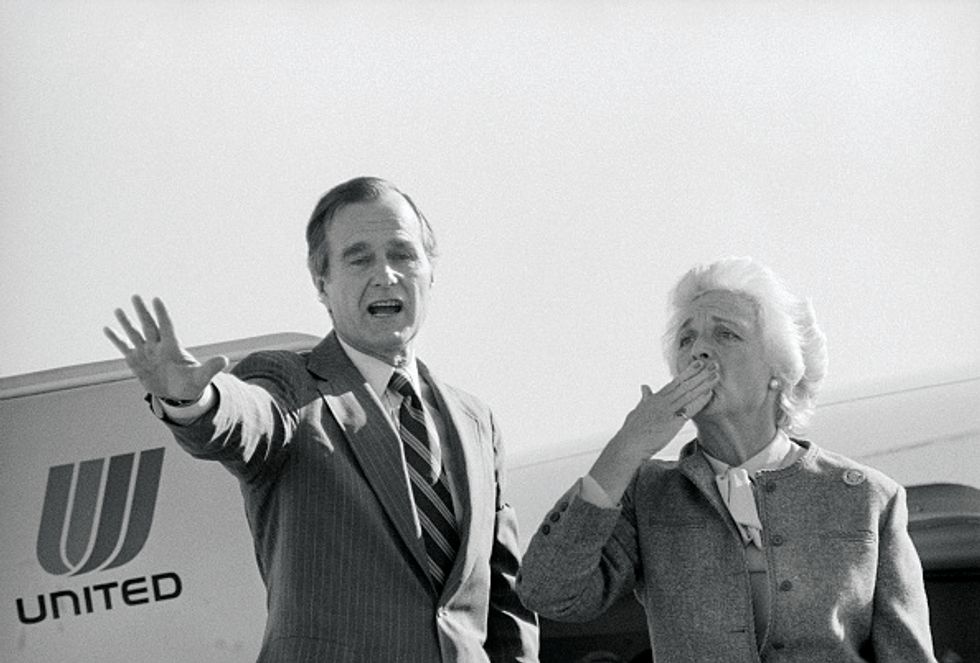 Neil Bush is the fourth child of President George H.W. Bush’s six children with First Lady Barbara Bush, both of whom passed away in 2018 as revered Houstonians and unabashed boosters of their adopted hometown. Neil is the chairman of Points of Light, an international nonprofit that promotes volunteerism, and director of the Bush School of Government and Public Service at Texas A&M. Also the brother of a president — George W. Bush — Neil and his wife Maria founded the Barbara Bush Houston Literacy Foundation in 2013. Neil shares his thoughts on the loss just weeks ago of the man the world knew as 41, the one-time leader of the free world, but was, to him, simply Dad.

Maria and I are so grateful for the outpouring of love expressed by many friends regarding the passing of my amazing father. The services in Washington, Houston and College Station were uplifting and shined a bright light on a long life well lived.

Dad was a kind, humble, caring, gentle, wonderful human being who showed us how to be points of light, living good lives through service to others. He showed us how to be kind to all, to look for the best in others, to treat everyone with equality and justice, to be grateful for the glories of life, to age with grace and dignity.

He taught us that our success will not be measured by how far we advance or how much money we accumulate but by how we treat others, how we love our spouses, how we raise our kids, how we lift a friend in need, how we help those less fortunate. He was optimistic that everyone can reach a higher level of civility and contribution to society, and he treated people that way to bring out their best.

His values will live into the future through the lives of the many friends and family members he touched. I’m so proud that my children are all points of light, living lives like Dad’s, dedicated to service.

His legacy will live on through the example he set by joining with Bill Clinton in the aftermath of hurricanes and a tsunami. No longer two political rivals, just two men dedicated to service, united in friendship and higher purpose.

His legacy will live on through the George H.W. Bush China U.S. Relations Foundation, in promoting respectful, collaborative relations between the United States and China. This bilateral relationship has brought great benefit to both sides and will into the future.

His legacy will live on in Points of Light, now the largest organization in the world dedicated to volunteer service, and the Bush School of Government and Public Service at Texas A&M University. These two great institutions touch millions of lives and will promote service to others, to community and to country long into the future.

Dad had the biggest and most caring heart of any person I have ever known. I feel like the luckiest man on earth to have walked in his shadow and learned from his example. He was a point of light throughout his life, and I like to think he is one now, illuminating our paths and inspiring our better angels.

Then Vice-President Elect George H.W. Bush and soon-to-be Second Lady Barbara Bush, at top, depart Houston for a California meeting with Ronald Reagan on Nov. 5, 1980. The Bushes, who would become President and First Lady, died in 2018 in Houston.