Inside the Music Issue Bash 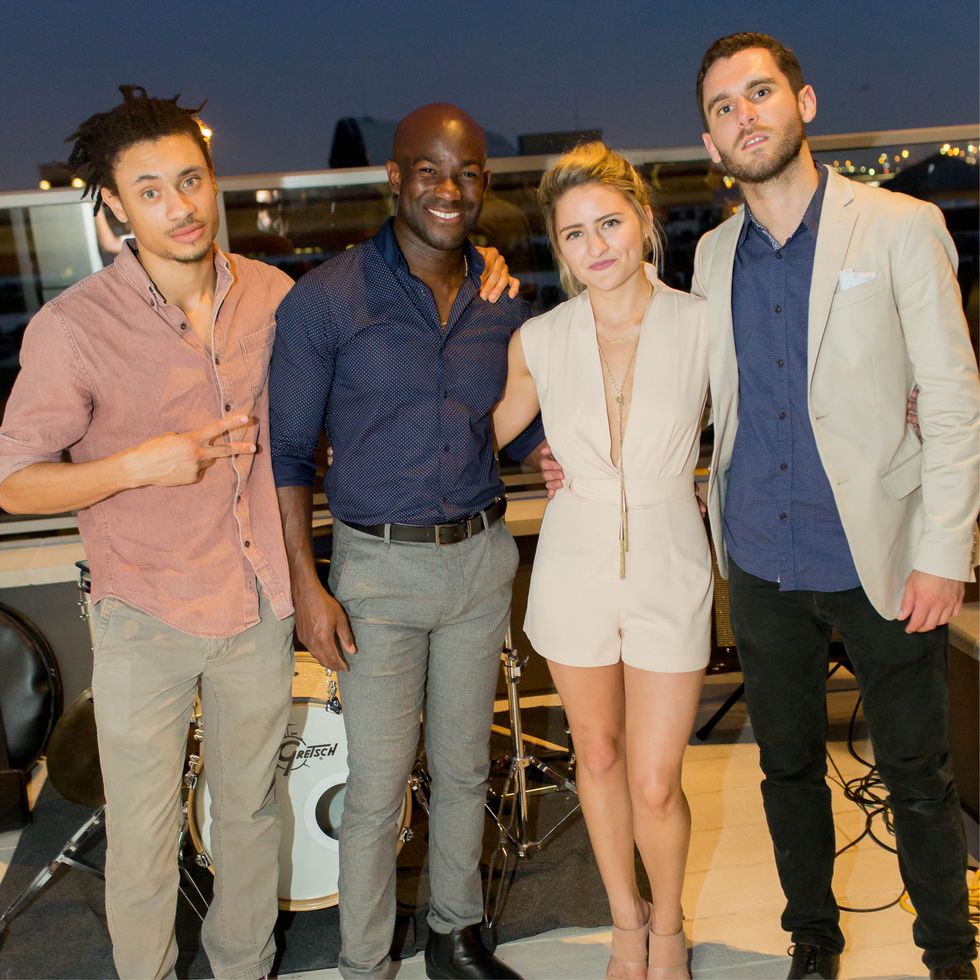 The views were pure Houston — skyscrapers, palm trees and and Minute Maid Park — but the vibe may have been more Miami, thanks to house beats spun by a DJs from Ryde, which just opened a spin studio nearby. Partygoers grabbed cocktails and bites from neighborhood gems Irma’s Southwest and Xochi, chatting it up with several local musicians highlighted in CityBook’s May feature “Sound Check,” photographed by Steven Visneau at the new Hotel ZaZa Memorial City.

Cover star Tobe Nwigwe, who performs at BET’s L.A. music festival next month, arrived with his posse, graciously posing for pics. CityBook Editor in Chief Jeff Gremillion welcomed the crowd of 200-plus, offering remarks on the diversity and depth of the city’s music scene before the spotlight shifted to jazz artists Steph Cooksey and Stephen Richard, two of the May issue’s featured artists. They performed a sulty set as more pretty people pored out onto the pool deck, with bartenders continuing to sling cocktails until well after sunset.