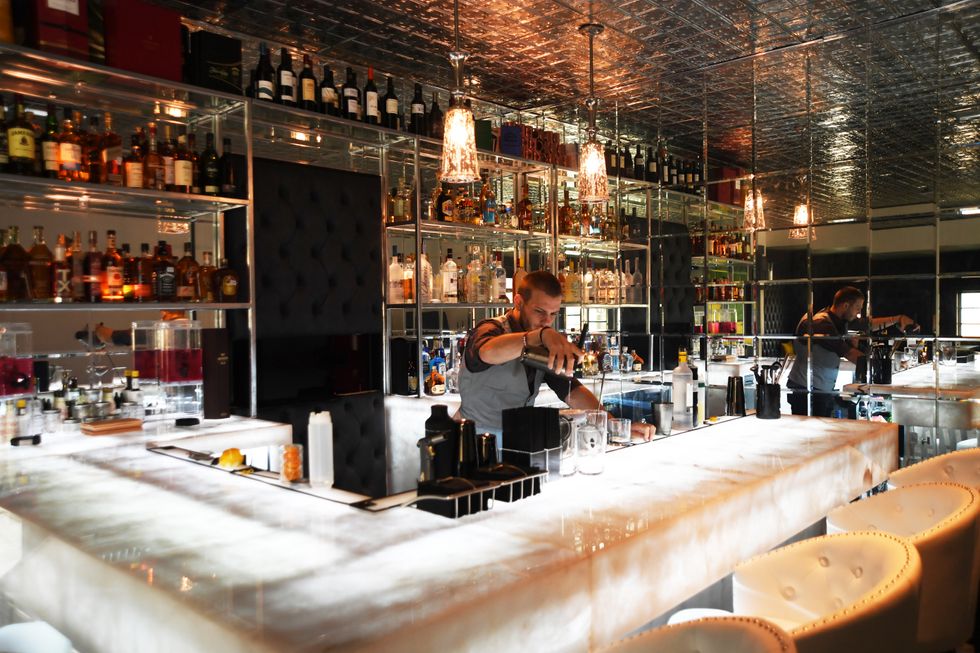 Restaurateur Jerry Lasco and longtime pop-up chef Cuc Lam team up to deliver the exotic flavors of Singaporean cuisine at fast-casual dining concept Sing, in the Lowell Street Complex in the Heights. Opt for a bowl of laksa, a Malay curry noodle soup with shrimp, and save room for the Che Thai, a chilled dessert of mini tapioca pearls, coconut milk and fruit. 718 W. 18th St.

Now open in River Oaks District: Bisou, from the group behind popular club Cle, brings the passion, the big pours and the pretty people to its swanky digs. Its menu boasts wagyu tartare bites dusted with truffle salt. Elsewhere in the District, Le Colonial has added a wealth of bone-warming dishes to its winter menu, from hot duck noodle soup to the still-steaming Vietnamese braised sablefish. And East Hampton Sandwich Company has added four new sandwiches, along with ginger-pear and cucumber-watermelon lemonades, to its menu. The restaurant also launched a Limited Time Only sandwich option, which will rotate monthly.

Atlas, helmed by Richard Knight, will round out the counter-service restaurants within Bravery Chef Hall as it debuts this month. Visitors frequenting the Downtown food hall can indulge in elevated diner-inspired eats like Japanese pancakes well into the evening while posting up at one of the destination’s three bars. 409 Travis St.

Now open: Restaurateur Benjamin Berg has combined the best of his two favorite cities, Houston and New York, at his latest concept B.B. Lemon, located in the former Caddy Shack space across the street from his flagship B&B Butchers. Expect flavorful plates like blue-crab beignets and a hearty lobster roll, along with craft cocktails and retro-inspired desserts. 1809 Washington Ave., 713.554.1809

As part of the multi-million-dollar renovation of Galleria-area Fiori Spa, owner Roy Orlock has opened Ivy Bar & Bistro (2613 Potomac Dr.), a rooftop bar which overlooks the spa’s garden and pairs pizzas, paninis and salads with craft cocktails and wine. Guests can partake in serene lunches by day, but stick around for a lively evening in the lounge with music from the house DJ.

Phat Eatery brings Malaysian street eats to Katy’s Asiatown, a growing retail development located at the northeast corner of Grand Parkway and I-10. Guests can pair traditional fare like the poached Hainanese chicken with pandang rice with local and imported beer or the popular fresh young coconut juice. 23119 Colonial Pkwy., in Katy

Also coming soon to Katy: Reigning Houston Throwdown BBQ champs Daddy Duncan’s BBQ plans to open a brick-and-mortar at Katy-Hockley and Clay Rd. in the spring, which will not only serve as a destination for their award-winning ’cue, but will also boast a two-acre beer garden and a stage for live music.

After departing his family’s Montrose sushi restaurant Nippon, Naoki Yoshida along with wife Renee have opened Shun Japanese Kitchen. With a menu of inspired Japanese cuisine including dishes like carnitas gyoza and toro tartare, the restaurant will feature a do-it-yourself sushi bar and the largest sake program in the city. 2802 S. Shepherd Dr.

A new weekday happy-hour menu at La Fishería touts three cocktails —including the signature frozen marg, in flavors like mango or Chamoy — and snacky faves like the homemade poblano dip. 213 Milam St., 713.802.1712