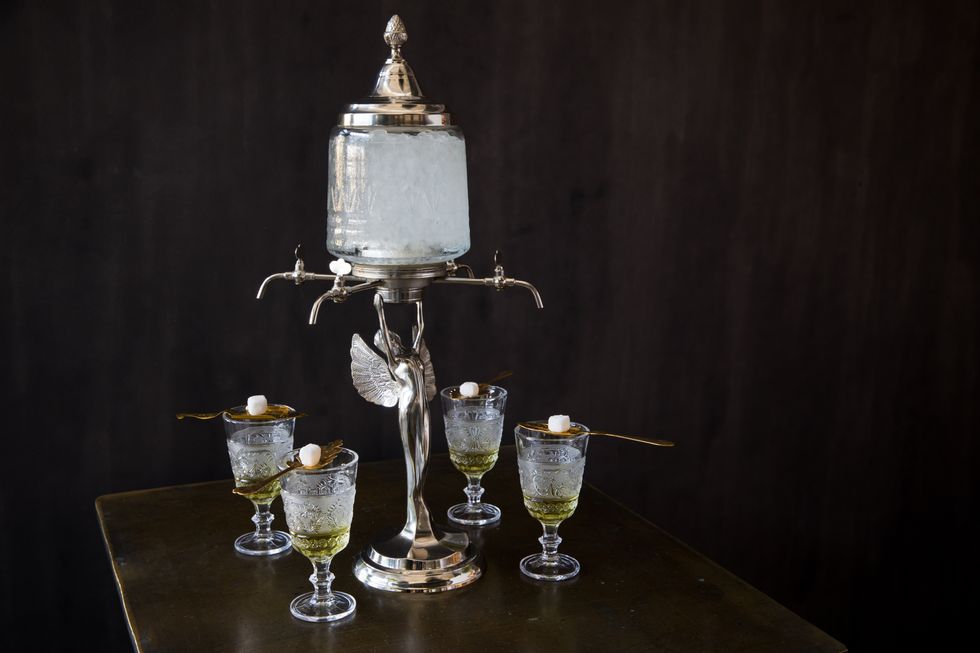 Now open in the Heights: Vegan chef extraordinaire Stephanie Hoban has opened Verdine, the brick-and-mortar followup to her popular food truck, which was formerly known as Ripe Cuisine. The plant-based menu includes savory, slow-cooked “carnitas” made with jackfruit, and a meatless burger built with a lentil-walnut-mushroom patty. The interior is just as appetizing, with beautiful light-blue banquettes that offset the industrial-chic windows and floors. 449 W. 19th St., 713.876.4768

Le’s Baget is back! The fast-casual Vietnamese concept which rebranded its Montrose location as Le’s Noodle, an all pho noodle joint, has re-emerged in Garden Oaks with its original name and menu of buttery banhmi sandwiches. With cocktails, noodle bowls and Vietnamese coffee, there is truly something pho everyone. 1717 W. 34th St., Ste. 800

Revving up for its fall opening at One Allen Center in Downtown, Denver-based steakhouse Guard & Grace continues its Kitchen Kollab series with a dinner hosted by executive chef and owner Troy Guard and Levi Goode of Goode Co. on May 22, and by Guard and Hugo Ortega on June 20.

The Classic has launched “Date Night” specials, available every Friday and Saturday. The meals include perfectly shareable double-portion entrees, rotate weekly, and are complemented with love potions like The First Bloom, crafted with gin, lemon, elderflower and fragrant sage. 5922 Washington Ave., 713.868.1131

Bottoms up! New Irish bar Penny Whistle Pub (1625 Richmond Ave.) has opened in the space formerly housed by longtime Montrose hangout the Harp. After a makeover, including a new deck, the reimagined concept brings new blood to the neighborhood. Across town, Pink Elephant Room (4218 Washington Ave.) has opened its doors, revealing a casual-cool bar where good beer is the main focus. Guests try their hand at pool while music from the juke box plays on — and as one may expect, a pink elephant keeps a watchful eye over all.

Go West! That’s the motto adopted by Kirby Ice House, Mia’s Table and Torchy’s Tacos, all of which will be opening locations at a new MetroNational development across the freeway from Memorial City mall.

The retro-cool comfort-food trend continues with the arrival of Taste Bar + Kitchen in Midtown. Find variations on chicken and waffles — Cajun or General Tso chicken, red velvet or praline waffles — and macaroni and cheese. 3015 Bagby St., 832.487.9958