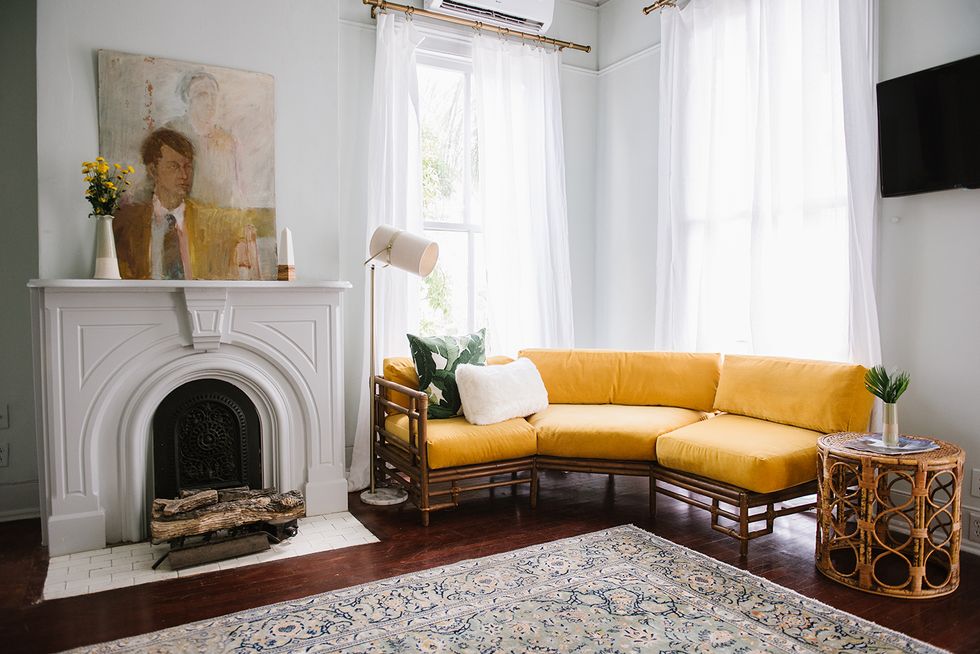 One of the oldest structures on Galveston Island, having survived the Great Storm of 1900, Carr Mansion (1103 33rd St., Galveston, 409.497.4740) has found new life as a charming bed and breakfast. It quietly opened last year, and is looking forward to a full summer season hosting beachgoers on the East End. Austin interior designer Shannon Eddings successfully married the historic elements with modern decor and amenities; each of the eight bedrooms  has a unique design that feels more like a home than a hotel. A guest room called The Grocer, named for Herman Marwitz, a Galveston businessman who owned a ship-supplies and grocery business, has a claw-foot tub, original fireplace, private porch and a blush-colored upholstered headboard. One hour from Downtown Houston, it’s becoming a popular venue for weddings, showers and other celebrations.

For those who still haven’t discovered Austin’s obviously hip, emerging 11th St. District — east of Downtown, on the other side I-35, where cool must-hit eateries and funky little boutiques abound — it might be time to book a few nights at 14-room, husband-and-wife-run Hotel Eleven (1123 E. 11th St.). Above a smart in-house coffeeshop-lounge boasting local brews — and premises guarded by a free-roaming neighborhood cat called Louie (who kinda runs the place) — mod-style guestrooms are all unique and special, and most have cool views you’ve never imagined before. The best view, though, is the 360-degree one on the roof, best enjoyed with cool rosé firmly in hand.

AT TOP: Carr Mansion in Galveston