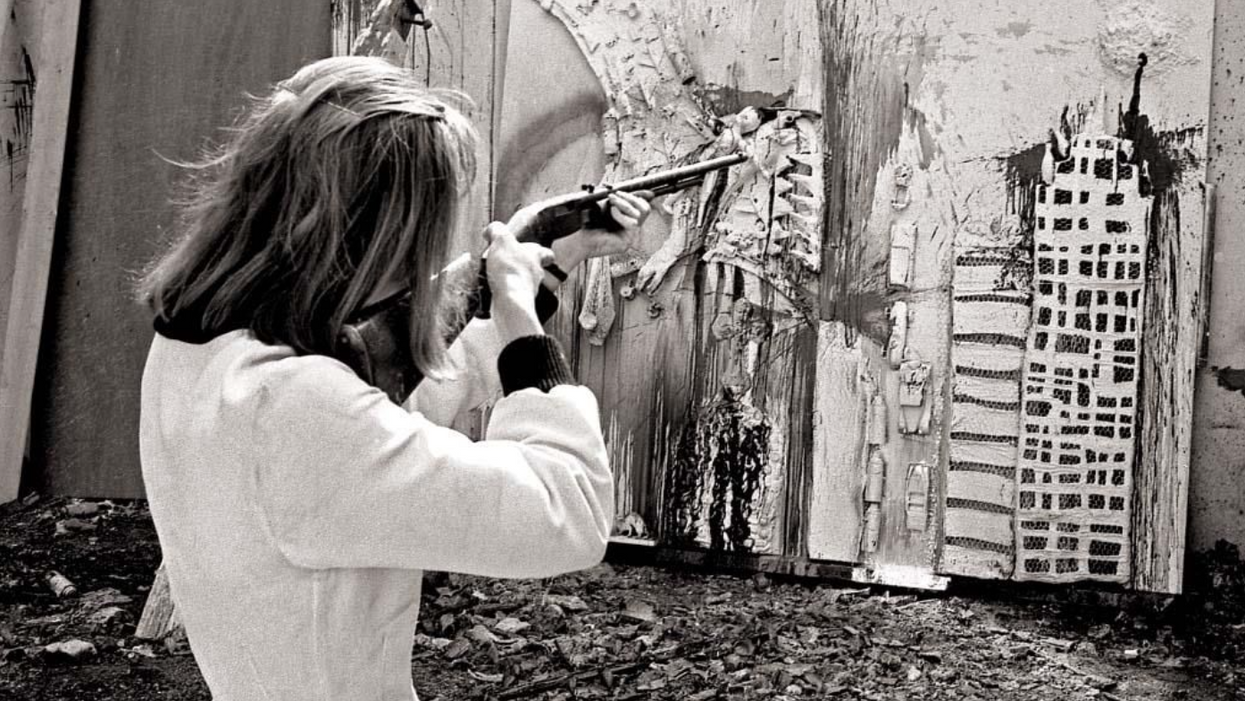 "Our Saint Phalle exhibition will include work that has never before been displayed in the United States, shedding light on the artist's experimental processes, radical vision, and key role in contemporary art," said Rebecca Rabinow, director of the Menil Collection, in a statement. "The show will be accompanied by a scholarly book that is lavishly illustrated with archival photographs from this pivotal decade."

The exhibition will open with the late Sainte Phalle's famous Tirs, which she created with a .22 caliber rifle often in front of a live audience. The "performance paintings," intended as a commentary on the ingrained violence of culture, were said to have been conceptualized as a feminist assault to the tradition of modern paintings. For the paintings, the artist would shoot bullets at white plaster surfaces imbedded with concealed bags of pigment and cans of paint that would colorfully explode with the impact of the bullets.

Also in the exhibition are a series of figural assemblages – from wall-bound reliefs and colorful freestanding sculptures – that Sainte Phalle used as an exploration of gender identity. Of particular note are her Nanassculptures, whose curvaceous and liberated forms were begun in the mid- and late-1960s during the rise of international feminist movements.

"Pirodactyl over New York," painted with bullets in front of a Parisian audience in 1962

"During the 1960s, Saint Phalle — the only female member of the French avant-garde group, the Nouveaux Réalistes — also collaborated with innovative American artists of her generation, such as Robert Rauschenberg and Jasper Johns. Within the male-dominated artistic circles on both sides of the Atlantic, her place in art history has been hard-fought," said Michelle White, the Menil Collection's senior curator. "Her artwork from this time constitutes some of the most advanced work being done around emergent ideas of participatory art and was prophetic of feminist concerns related to the critique of painting and the representation of the body that will drive art in the decades to come."

Niki de Saint Phalle in the 1960s will be on display at the Menil Collection from Sept. 10, 2021 through Jan, 23, 2022. After its Houston run, the exhibition will move to the Museum of Contemporary Art in San Diego.