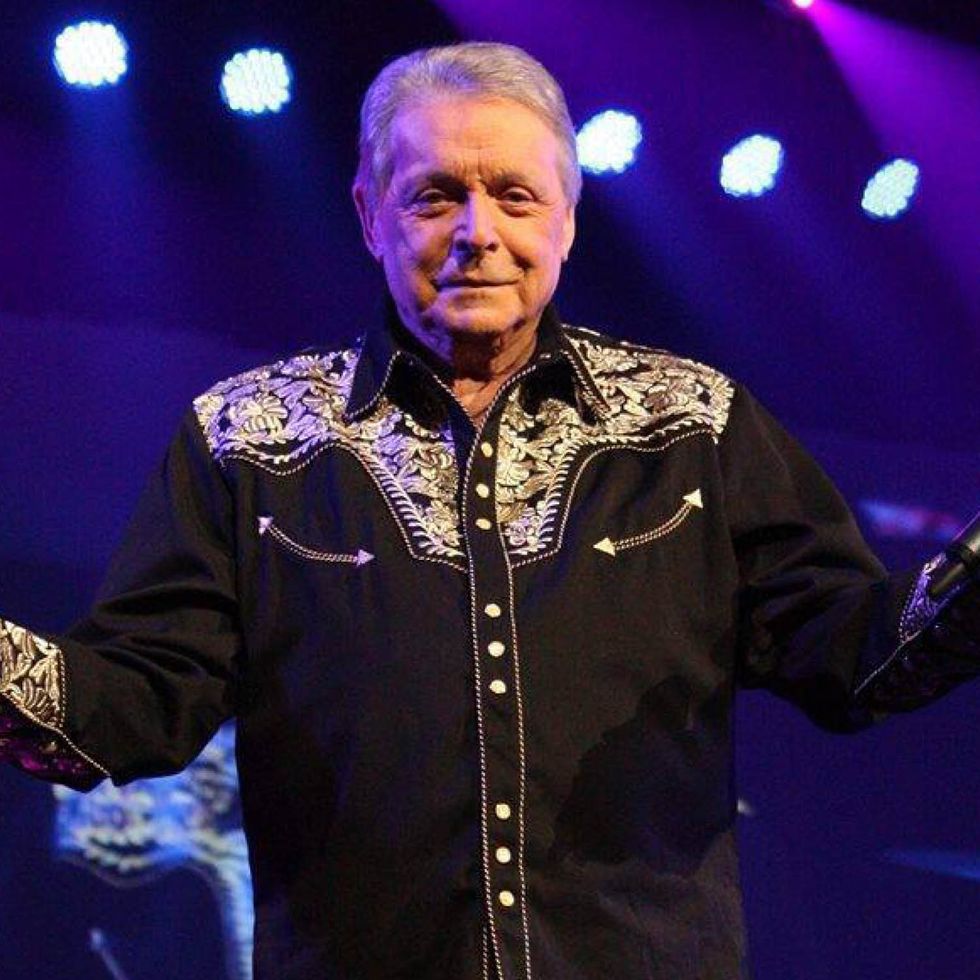 A legend of country music — and of Houston history — will play Stampede (11925 Eastex Freeway) tomorrow night. Mickey Gilley, now 83, whose eponymous Pasadena area mega-honkytonk was the backdrop of Urban Cowboy and at the center of the global blue-jeans-and-mechanical-bull phenom of the 1980s, isn’t letting a few extra years slow him down; the July 19 show with Johnny Lee of “Looking for Love” fame is one of more than 40 tour dates in 2019. “I have no problem traveling,” he says, sharing his secret for comfortable cruising all over the country. “I’ve got a 45-foot coach with DirecTV, and I just lay back there in my bunk watching TV.”

Still a Pasadena resident, Gilley spoke with CityBook Digital about his extraordinary career — which includes 39 top-ten country hits, 17 of which are number-ones such as “Don’t the Girls All Get Prettier at Closing Time” and his cover of Ben E. King’s “Stand by Me.”

The blues-tinged crooner and ivory tickler first came to the Houston area in the early ’50s, to work for his then father-in-law in construction. It was only a few years later when one of his cousins — eventual Rock and Roll Hall of Famer Jerry Lee Lewis, with whom he grew up “banging at the piano” in the tiny town of Ferriday, La. — hit big with “Whole Lotta Shakin’ Goin’ On.” “I was making $1.25 an hour, and he comes in flashing all that money in his hands,” Gilley says, “and I started thinking, ‘Gee, if there’s that much money in the music industry, I’m in the wrong business.’” Gilley and Lewis grew up with yet another future celeb in Ferriday, the reverend Jimmy Swaggart, also a cousin and an accomplished musician and best-selling gospel artist.

Lewis’ breakthrough inspired Gilley. “That’s when I threw my hat in the ring,” he says. “I made my first recording in 1957, and it did absolutely nothing.” He quickly adds, however, that more than 50 years later, rights to that first single — it was called “Ooh Wee Baby,” and is not to be confused with Frankie Ford’s “Sea Cruise” and its famous “ooh wee baby” refrain — were snatched up by the Yoplait people, who used it in a TV spot in Ireland. “They paid me $55,000!” Gilley now plays the commercial, which features yogurt-loving children jumping on a bed, in his shows.

Nearly two decades after that initial “Ooh Wee Baby” debacle, Gilley’s career finally took off — and did it ever — after his “Room Full of Roses” hit the top of the country charts in 1968. Besides becoming quite familiar making the Top Ten, Gilley would go on to win the Academy of Country Music’s highest honor, “Entertainer of the Year,” in 1976, and later become one of the top draws in Branson, Mo., for a good 20 years.

But for Houstonians, his greatest hit may have been running a honkytonk.

“I was very fortunate with the fact that my business partner installed a mechanical bull in Gilley’s,” he laughs, referencing the club he opened in 1971, and which became world-famous thanks to the 1980 John Travolta movie and the beer-drinking, boot-scooting gestalt it spawned. Ironically, Gilley hated the 1978 Esquire article by Aaron Latham, “The Ballad of the Urban Cowboy,” that inspired the film, because he felt it “put down” country music.

Gilley almost told Latham off, but a business partner cautioned him against it. “He said, ‘Don’t say anything bad about that article, because we might get a movie out of it, and they’re looking at John Travolta to play the part,’” Gilley recalls. “When he said John Travolta, something snapped. He was just coming off Saturday Night Fever. I said we’re going to have Country Night Fever.”

Oh, and about that bull: Gilley thought installing a “rodeo training device” in a bar was a mistake at first but is happy enough that it “caught on.” He regrets not expanding the Gilley’s brand internationally at the time, although spin-offs still operate in Las Vegas, Dallas and two locations in Oklahoma. The O.G. shuttered in 1989 and was gutted in a fire the following year; the Pasadena Independent School District now owns the land.

Asked what he hopes his legacy will be when the time comes, Gilley is the consummate performer, prioritizing giving his audience their money’s worth above all. “I hope the people that have followed my career will say that I give everything I’ve got to make the music sound as close to my recordings as I possibly can,” he says. “I hope they’ll say that when I walk out on stage, I give 100 percent.”

From Your Site Articles
Dispatches
Entrepreneur