Here’s how a Tex-Mex-y neighborhood joint founded by two twentysomethings on VHS movie nights and flaming cocktails became one of the world’s great steakhouses — the Taste of Texas. 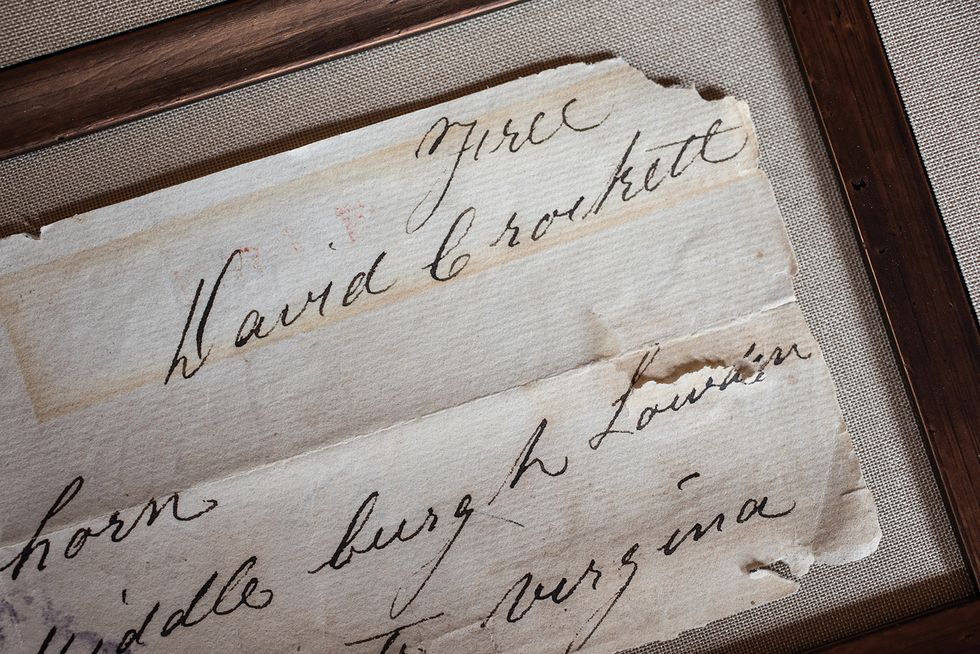 The Hendee family’s 40-year-old Taste of Texas, now in its second location on the Katy Freeway, is beloved not only for its high-quality, wet-aged steaks, but also for its preoccupation with state history. Over the years, some 400,000 fourth-graders have taken field trips to the restaurant’s in-house Texas heritage museum, a Houston tradition. But things weren’t always so grand. Here, in an excerpt from their expansive and wonderfully written new cookbook/autobiography, Perfectly Aged, available for purchase at tasteoftexascookbook.com, Nina Hendee recounts Taste’s humble — and colorful — beginning.

Our restaurant careers began in drugstore soda fountains as kids. We were both 13 when we started work — Edd landed his first

job as a soda jerk with the Dugan Drugstore in Bellaire, and I found a job working in a Rexall Drugs in Dallas. Edd worked his way through junior and senior high, saving enough money for one semester at UH. He rode the bus to the Steak & Ale by the Astrodome and was hired as a busboy. It wasn’t long before his manager recognized his potential and promoted him to dishwasher. (I love to cook, and the best thing I’ve ever done is marry a dishwasher.) Edd eventually worked his way up to manager.

While attending SMU in the early 1970s, I went to work at the Steak & Ale in Richardson as a door hostess. The owner and founder, legendary restaurateur Norman Brinker, promoted me to be the first female server

in the company’s history. Soon after, Steak & Ale transferred Edd to my location. He was tall, handsome and funny, and I immediately agreed to go out on a date with him — which was to buy more potatoes for the restaurant. We were smitten and got engaged in the restaurant parking lot after just a few dates.

We were married on Aug. 30 that year, and Edd Kellum (Edd K.) was born in 1976. When Edd K. was just two weeks old, Steak & Ale transferred us to Houston. We moved with our newborn into a little apartment near Wilcrest and Memorial and lived above two bikers who would ride their Harley-Davidsons in and out of their ground-floor apartment. Word soon came from the corporate office that we’d be transferred to a new Steak & Ale in Kansas City. Appreciative of the opportunity, but not wanting to uproot our young family, we decided to open our own restaurant. We were only 23 and 26 years old.

Edd’s parents provided a small loan, and we searched for the right location, ultimately leasing a property in Town & Country Village. We opened the Taste of Texas on Nov. 19, 1977, with a handful of employees and three customers, all relatives. The menu was a mix of Tex-Mex, burgers, chicken-fried steaks, flaming drinks and buckets of longneck beer. On Sundays and Mondays, we served dinner in the bar, hosted double-feature movie screenings on our “state-of-the- art” VHS tape player, and watched Rockets games on the big screen TV. The rest of the week, we offered live entertainment such as a banjo player.

Edd worked all hours, usually coming home well after Edd K. and new baby Lisa had gone to sleep. Not wanting to miss a chance to see them, Edd would often wake them up, and I would hear them laughing and playing in the living room in the middle of the night. To earn extra income, Edd mowed lawns and I cleaned houses, among other odd jobs. At the restaurant, we played all roles — door host, waiter, janitor, bookkeeper, handyman and busboy.

In 1984, we went out to celebrate our wedding anniversary, but couldn’t find a steakhouse where we could bring the entire family. Children weren’t welcome at the white-tablecloth restaurants, and we wanted to all be together with Edd K., Lisa and new baby Kristin for a special night out. It was then that we saw a missing element in the local restaurant business, so we decided to make the Taste of Texas a great steakhouse. Our atmosphere would be one that welcomed not only business clientele, but also couples and families celebrating special occasions.

We introduced a new menu, added an in-house butcher shop, and became the first restaurant in Texas to exclusively sell Certified Angus Beef. We’ve served more than six million pounds, making us the largest restaurant user of CAB. As we perfected our brand, we committed to serving great steaks with warm, elegant Texas hospitality — without pretension or high prices.

We literally held a funeral for our chicken-fried steak, burying it in the front flowerbed and marking the end of the casual-dining menu.