With a new single out today, a soulful singer-songwriter reemerges as Leigh Sinclair. 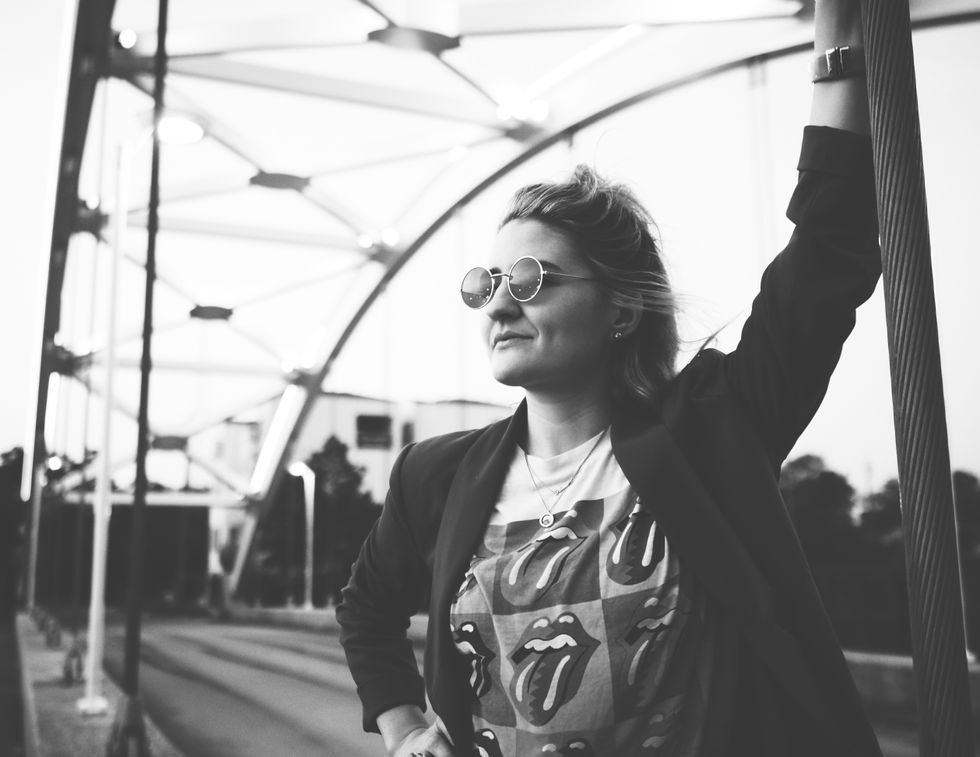 But for musician Steph Cooksey, the decision to become Leigh Sinclair was less about grabbing headlines or making a splash, and more about self-empowerment. She’s become well known on the jazz-blues circuit here in Houston over the last five years — and also as one-half of the duo Tipsy Kitten — but couldn’t shake the idea that others had a certain impression of her that she didn’t necessarily want to present.

“I felt like I needed to shed this idea of me, of Steph Cooksey, who in the eyes of everyone who knew me growing up is cute and fun,”says the petite Cooksey, who, not coincidentally, is both cute and fun. She turns 28 this month, but could pass easily for both 21 and 35, with a youthful glow and certain wisdom about her. “I wanted to break those walls down.”

The debut single by Leigh Sinclair,“Tread Lightly,”can be streamed starting today on all platforms, and the music video is on YouTube; the full EP is expected in April. Leigh is the soulful singer-songwriter’s middle name (she loves the power that comes with the androgyny), and Sinclair is a family Cajun name that hints to her Gulf Coast-bred jazz-blues genre.

In “Tread Lightly,”the pain of “pure heartbreak,”as she puts it, bleeds through her sultry voice — which floats effortlessly between moody, melodious runs and chesty, big notes — accompanied by herself on piano, and Stephen Richard on saxophone. It’s the definition of easy listening, propelled by an unmistakable groove.

“When I decided to make the call and rebrand, I had to deal with a month or two of people being like, ‘What? Who is this?’but now I’ve done a couple shows [as Leigh Sinclair], and everyone is so supportive and so on board,”she says, reminiscing on her recent raw, let-loose performance with her band, Leigh Sinclair & The Bad Bad Randy’s, at the Continental Club.

“The journey leading up to this has been me moving in the direction that people around me told me to, and learning, in a beautiful way but in a hard way,”she says. “And in taking the reins, and becoming Leigh Sinclair, I wanted to start fresh, and that’s what this is.”