In a soulful, personal new jazz record, Madeline Edwards offers a soundtrack for the Me Too movement. 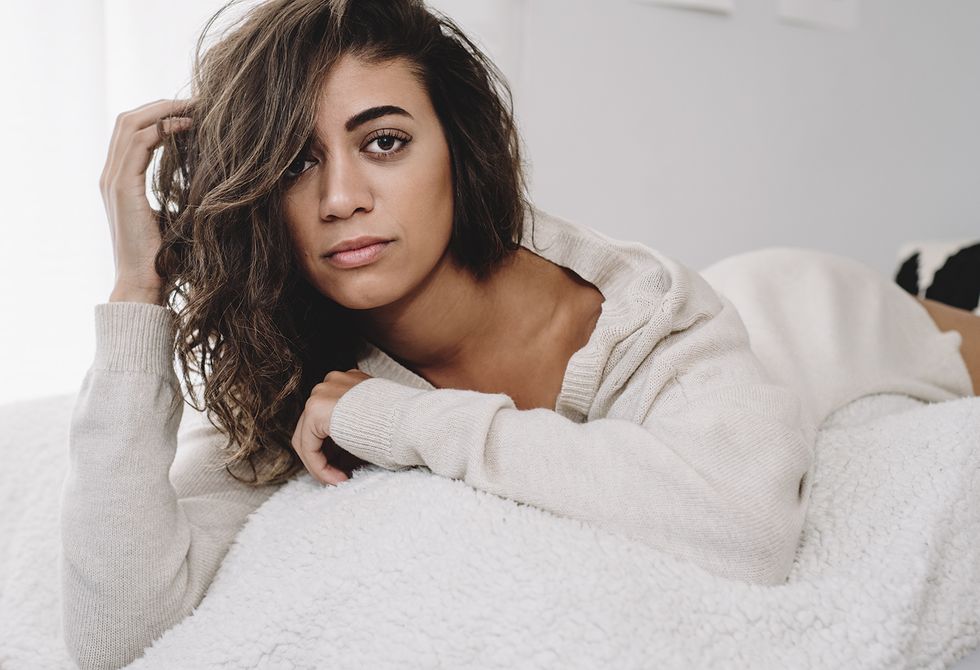 On the most searing track off 25-year-old Madeline Edward’s self-produced album Made, which drops in July, she sings of a man who destroyed her with one move: I watch you walk away as you set fire to my home / Then you go on / I thought you were home.

In the brooding space between jazz, blues and soul that Edwards inhabits, this is a well-tread theme; for her, it’s a cut deeper: The antagonist in “Peacemaker (Go On)” isn’t an old lover but a man in a position of power — a former music-business colleague — who allegedly assaulted her. “It was probably one of the most horrifying things I have ever gone through,” she recounts matter-of-factly. “It broke me.”

A year-long healing process followed, dotted by solo trips to her hometown of Santa Barbara and one to Paris; counseling sessions; and encouragement from her family and band members. Two years later, she’s reemerged as a reflective, purposeful storyteller on Made, a chapter book of her experiences before and after the incident, backed by a rich band. Edwards is a potent performer, capable of infusing standard themes like cheating and first love with complicated layers and unapologetic vulnerability. In “Give A Little Bit,” she concedes she’s still learning the art of compromise in a relationship, but, she sighs over a horn section, at least she’s trying.

Edwards’ parents — her mom a Polish-Jewish American, her dad African-American — raised her and her four musically inclined younger siblings solely on jazz from Ella Fitzgerald and Nina Simone’s era. When finally exposed to the pop industry at age 13 — “I didn’t know who Britney Spears was,” she laughs — Edwards developed a palate for jazz-inflected mainstream artists like the late Amy Winehouse, Leon Bridges and even quirky genre-blender Kacey Musgraves, also from Texas. Edwards aspires to similar pop exposure, but with a dash of soul, as evident from her performances at favorite local venues Cafeze and Cezanne’s. One might attribute this to her nearly 10-year Houstonian status: “I didn’t even care about putting soul in my songs until I listened to people like [Houstonians] The Suffers,” Edwards says. “Houston gave me the soul of everything.”

Off stage, Edwards’ soulfulness melts into a youthful, curious energy. With big, honey-brown eyes and a slight gap between her two front teeth, she speaks openly about her Indian-American boyfriend Jason, also a local musician, and their escapades in managing a cross-cultural relationship. “I’ve spent my whole life preparing for this,” she jokes, referencing her own biracial upbringing, covered on the album in the politically tinged “Zebra.” The two turn to biking and “hammocking” in their down time. (“It’s very lazy. We need it.”)

As for that incident, the fuel source of Made, Edwards says it will remain etched in her artistry. “I want to use my experience to show other women that I understand. I’m not ignorant to this anymore,” she says. “These women are my blood.” In “Peacemaker (Go On),” Edwards’ example is clear, as the somber tempo gives way to an infectious groove. I will go on / I will be strong / You’re gonna watch my back all the way, she warns the antagonist twice.

Houston Does Round Top: Local Designers' 'Fashion on the Farm' Party Flourishes