No one died. But one of Houston’s most celebrated artists remembers a ‘moment of trauma’ that still informs her perspective on race and justice decades later. 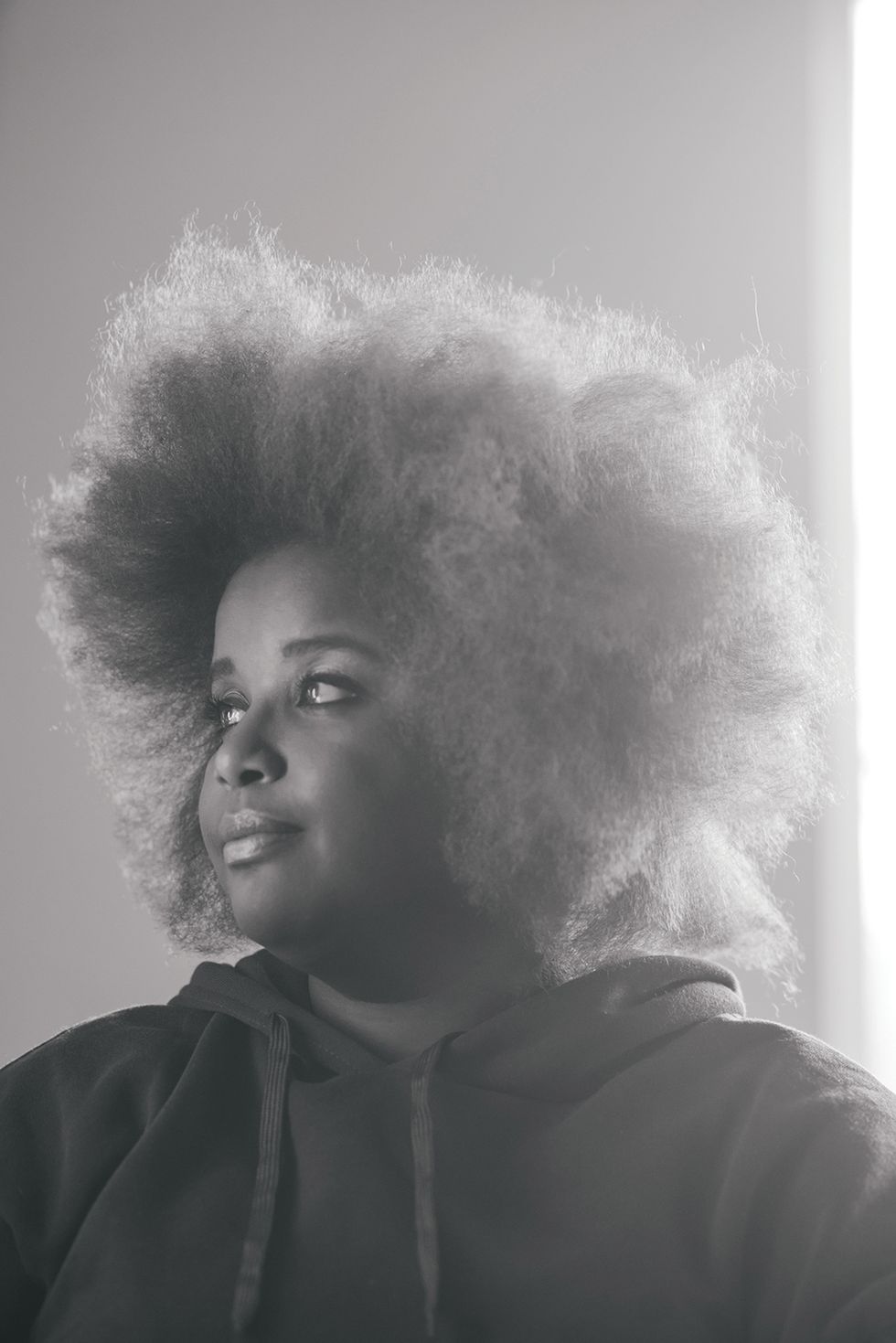 Kam Franklin, popular lead singer of the Gulf Coast soul band The Suffers and unabashed Houston booster, has been among the city’s most outspoken artists through the recent days of unrest and demonstrations. Asked to share her opinions in a personal essay, she filed this first-person account of racial inequality, viewed through a child’s eyes. The Suffers’ new single, “Take Me to the Good Times,” dropped June 24, and is available on all digital platforms.

One hot dayin nineteen-ninety something, my dad was in the middle of giving me and my brother one of his infamous speeches about the importance of hard work.

This was one of many dad lectures we would receive throughout the years. Sometimes, they’d be about financial security and education. Sometimes, it was a detailed description on why ketchup must be poured into the gravy when you order a chicken strip combo from Whataburger. Either way, it was delivered with the same love, details and enthusiasm every single time. On this particular day, his car speech was about money and the importance of saving. “Work hard, be smart with your money, and one day, you’ll be able to do and afford whatever you want,” he explained.

I must have been about 7 or 8. I was old enough to retain what he was saying, but not old enough to understand what happened next.

The siren was really loud but lasted less than a second. He immediately pulled over, and my dad looked at me and back at my little brother in the backseat to make sure our seatbelts were on. Then, he turned the radio off, rolled the windows down, and turned the car off.

“What the f***. Did he not hear Jodeci playing?” I didn’t say it out loud, but a young me was definitely thinking it.

“Did I miss a stop sign? No. I know I wasn’t speeding.” Dad went through a few more scenarios in his head before pausing to look at us again. “Pay attention. This is very serious. Pay attention to everything I do and say, okay?”

By the time the cop approached the window, my father already had his license and registration ready to hand over. “Hello officer, did I do something wrong?”

“License and registration” was all the cop responded with, before taking them from my father’s hands, and walking back to his car for what felt like yet another eternity.

My dad started doing that scenario thing to himself again. “I replaced the lights a while back, so I know it’s not that. My tags are good. What the heck (he uses heck, my F-bombs came from my aunts) could it be?” To put it lightly, my dad’s energy was all kinds of f***ed up. I’d never seen him like this. He’s one of the happiest people I know, super fun to be around, hilarious, and anyone that has ever worked with him will tell you that he will outwork you. Not to outdo you, it’s just that overachieving is something we Franklins do for fun.

The cop was in his car for 43 minutes before coming back to speak to us. Even though the car was turned off. My dad’s watch was ticking away. Finally, he came back. “I pulled you over because we got a few complaints from some neighbors about a suspicious looking black male driving slow around the neighborhood.”

We were in River Oaks. This, of course, is an upscale Houston neighborhood filled with beautiful mansions. My dad had pulled into the neighborhood after taking us to the movies and grabbing ice cream. He loved to show us what we could get one day if we worked hard enough. On this particular day, it just so happened to be fancy houses and successful careers that he wanted us to dream about having.

“You gotta dream big,” he’d say. My father was the first in his family to graduate college. A football star all throughout high school and college, but most importantly, he was our amazing dad. Unfortunately, in that moment, all he seemed to be to the people in the mansions we dreamed about owning one day was a “suspicious” black man who didn’t belong in their neighborhood. The cop asked him to leave to avoid possibly getting reported again for his own good.

My dad, who, as noted, usually chose heck as his preferred swear word around us, went all the way in on the ride home. Whenever I got to hear my dad or any adult cuss, it was exciting for me. I rarely got to see this punk rock angry side of him come out, but this time, it wasn’t exciting. It made me sad. He asked me if I understood why everything that had just happened was wrong. F*** yeah, I did. We should have never been pulled over, and the cops should have never been called.

We left without incident, and to this day, I still get a little irritated when I drive through River Oaks. What should have been a sweet afternoon between a father and his children, became a permanent moment of trauma. We made it back home. No one died. My father is still alive. But the guilt comes when I think of all my black brothers and sisters that followed all the rules, but still didn’t make it home because of “suspicions,” or because the cops were called on them for simply existing.