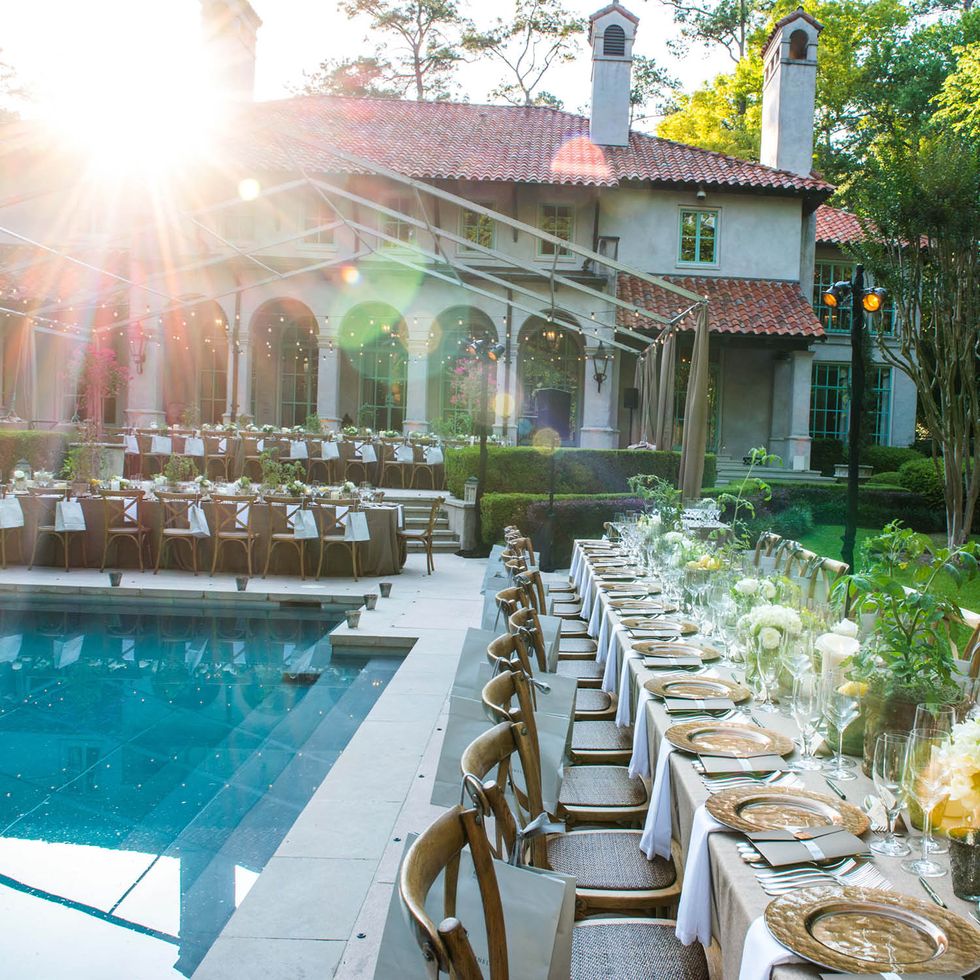 Gracie Cavnar, founder of Recipe for Success, partnered with Houston CityBook and its executive publisher, Lisa Holthouse, to throw an exclusive dinner party under the stars benefitting the educational, sustainable-food-savvy nonprofit.

Nearly 100 supporters of the cause — including execs from Italian fashion house Brunello Cucinelli, the night’s presenting sponsor and a dedicated champion of sustainable, ethical agriculture worldwide — joined Holthouse and her husband Michael at their Memorial-area lakeside manse, for a lavish farm-to-table meal presented in 10 courses. Staged at long community tables semi-circling the pool, and graced with elegantly rustic centerpieces of low pale-hued florals and tomato plants a la the Italian countryside, the dinner featured dishes by a who’s-who of Houston’s top chefs.

In all, the fairy-tale-beautiful evening — which ended with host Michael Holthouse inviting one and all to join him for cigars by the lake — grossed $235,000 to help Recipe continue its work, including further development of its military-vet-staffed Hope Farms project in the “food desert” of south Houston’s Sunnyside district. The final till owed in part to the generosity of Brunello Cucinelli, which offered four trips to its setup in rural Umbria as auction items.