Tilman Fertitta Blasts de Blasio: ‘He Does Not Care About New York City’ 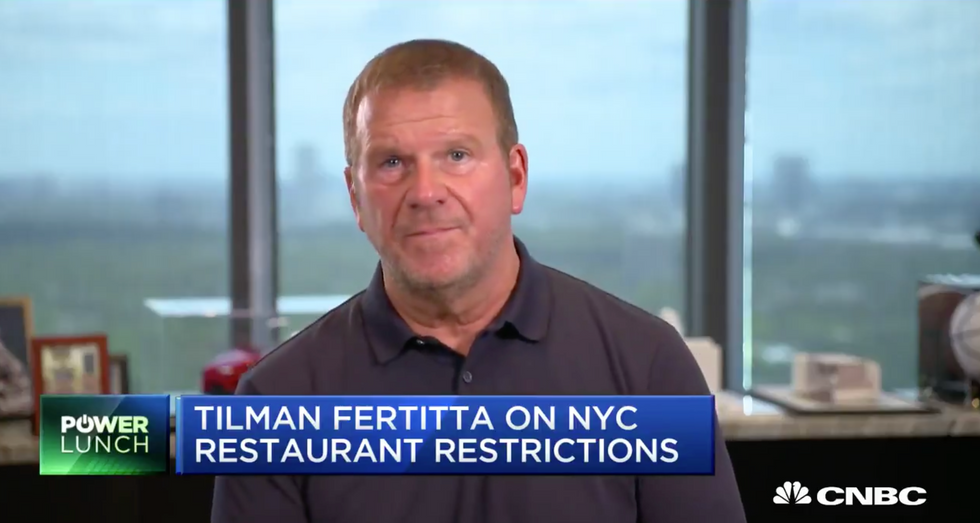 Fertitta, chairman and CEO of the Landry’s restaurant and casino empire, went off on the mayor in a TV interview yesterday, complaining that his and other eateries remain closed except for limited patio dining, despite the Big Apple’s vastly improved Covid-19 stats in recent weeks. “[de Blasio] has decided that ‘I want to see as many businesses as possible go out of business,’” he blasted.

The dining and gaming mogul, owner of the Rockets NBA franchise and at turns also a reality-tv star, added that the mayor hasn’t provided any guidance or information as to his plans for the restaurant industry. “It’s almost like he wants his legacy to be, ‘I want everybody to move out of New York. I don’t want this city to survive.’ Because he is doing absolutely nothing to communicate with people in the industry, or anybody. … Democrats and Republicans alike [are] saying, ‘I don’t know what’s happening to our city.’ … Obviously he doesn’t care about New York City.”

Fertitta, whose holdings include Houston’s Post Oak Hotel and multiple Golden Nugget casino resorts in Las Vegas and elsewhere, made the biting remarks Tuesday on CNBC’s Power Lunch program. “He has no idea what he’s doing to the industry and these poor workers that cannot work, and that are no longer getting the $600 stimulus,” said Fertitta. “But you know what? Mayor de Blasio hasn’t missed a check. He doesn’t care about everybody else. … It is all about himself.

“It’s like the mayor doesn’t care that everybody’s leaving the city,” Fertitta continued. “It’s like, ‘Hey don’t let the door hit you in the behind. I want you to leave my city.’”

The mayor’s staff had a few choice words of its own in response. Bill Neidhardt, de Blasio’s press secretary, took to Twitter to squawk. “Billionaire Tilman Fertitta doesn’t care about New York,” he tweeted yesterday. “He doesn’t care about his workers. He doesn’t care about small biz owners. He wants to force indoor dining so he can make another billion while putting a whole city at risk.”

Fertitta said he believes the city should allow indoor dining up to 25 percent capacity at least, as other cities are doing, noting that only a few of his New York eateries even have patios.