Bring Down the House! 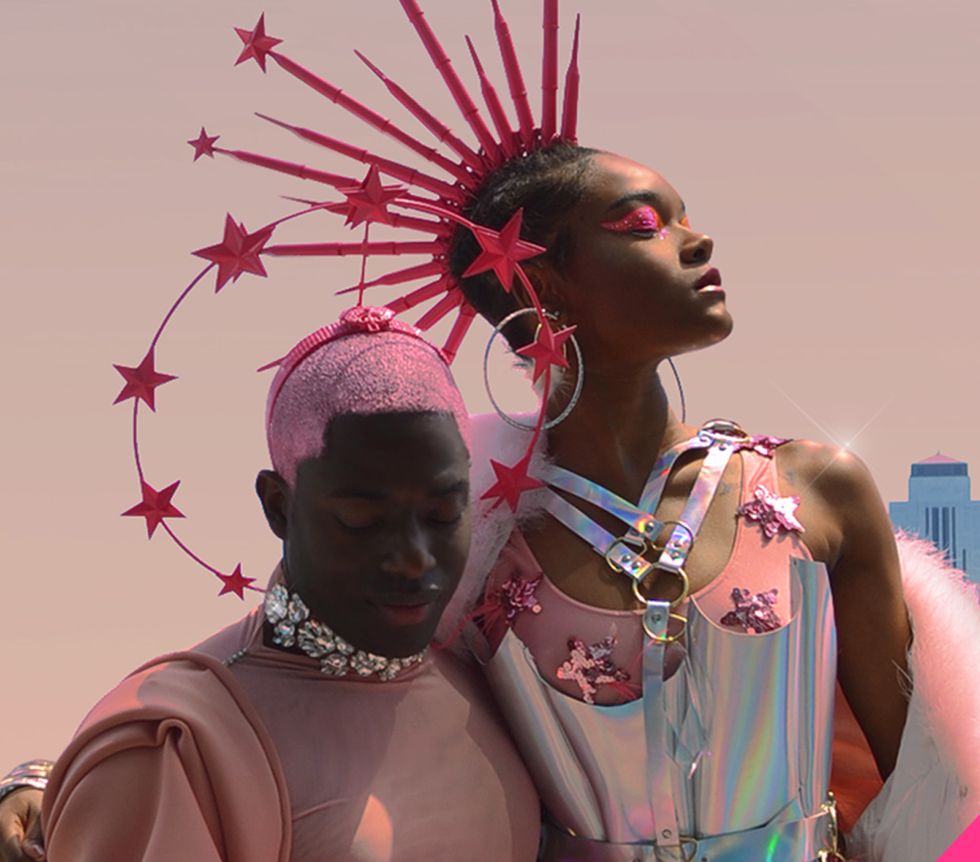 Almanza’s House of Enid brand, which garnered national attention in 2013 when Lady Gaga wore a pair of his Coke-can glasses during a televised special, utilizes unexpected objects and textiles — think neoprene, vinyl and crystals galore — to create dresses, jewelry, headpieces and more. His 2014 debut fashion show, just months after Gaga’s endorsement, sparked a new chapter in his career. “My success in Houston happened very fast and very quick,” says Almanza, who’s now 27. “I was very young, and I had a hard time trying to understand everything that was happening to me. I’m also very hard on myself, and I had a hard time believing in me and my work.”

Almanza decided to leave Houston, for the time being, and travel the world. He lived in Europe — Milan, Paris, Germany — for three years, and also returned to his native Mexico for six months. “I used to think that I was successful because my work was so differentin Houston,” he says, “but once I got to the big fashion capitals and couldn’t find anything that resembled what I was doing at the time, it made me believe more in myself.”

So much so, in fact, that he desired to return to Houston to launch his new collection. “I wanted to submerge myself in the fashion meccas, and experience where it all comes from, and then come back and apply it to Houston,” he says, “to help our fashion scene grow as much as possible.”

The Creation line includes out-of-this-world leotards, corsets and coordinating accessories — one orb-like headpiece has bedazzled stars attached, creating a truly out-of-this-world look — and aims not only to inspire those who view Almanza’s work, but to grant permission for creative expression in general.

“If they feel free,” says Almanza of his audience, “that’ll be more than enough for me. House of Enid’s shows are a sanctuary for love, creativity and freedom.”