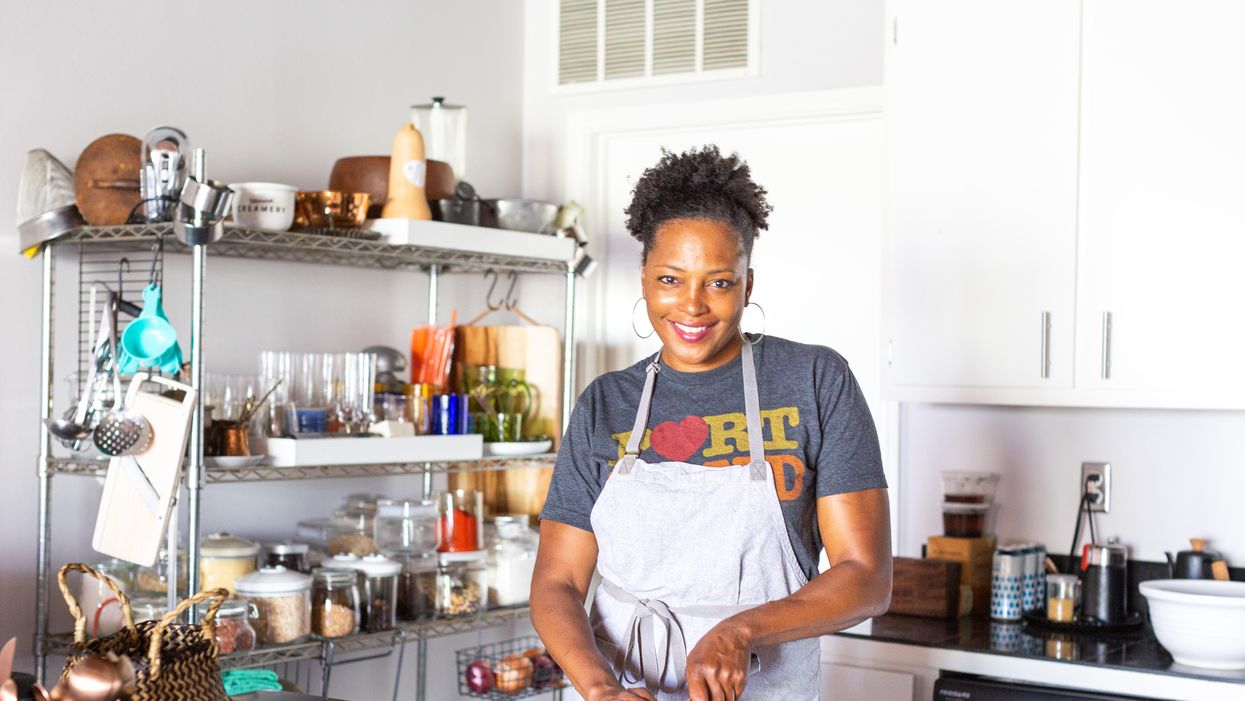 JUNETEENTH, THE OLDEST nationally celebrated holiday commemorating the end of slavery in the United States, happens tomorrow, June 19. The holiday, which marks the day in 1865 when enslaved Americans in Texas first learned that the Civil War had ended and that they were free has just been signed into law as America's 12th federal holiday, the first new federal holiday established since Martin Luther King Jr. Day was established in 1983.

People of all races all over the city will be celebrating the historic and thoroughly Texan holiday this year. There are several ways Houstonians can celebrate the holiday this year, including our picks below!

Winner of a Dinner Four celebrated Black chefs who are all competing on this season of Bravo's Top Chef —including Houston's own Dawn Burell, who will be opening restaurant Late August later this year — will host an immersive dinner Saturday at Bisong Art Gallery.

The dinner, which will feature Top Chef contestants Nelson German of Oakland, Kiki Louya of Detroit, and New Hampshire-based Chris Viaud, in addition to Burell, will include five courses that explore the idea of freedom throughout the African diaspora.

Proceeds of the dinner, which will highlight seasonal, locally sourced ingredients and will include drinks courtesy of Black-owned businesses like Highway Distillery, For the Culture Brewing and Branwar Wines, will benefit Lucille's 1913, a recently established nonprofit focused on getting to the root of food insecurity in underserved parts of Houston.

'Rush' to Miller Outdoor Theatre On Saturday, Miller Outdoor Theatre will bring back its annual Juneteenth blues and creole festival, with Grammy Award-winning blues legend Bobby Rush as this year's featured artist. Rush, who spent decades tearing up the circuit as a sought-after blues performer, won a long-overdue Grammy in 2017 for his lauded album Porcupine Meat, and has since then consistently toured the world as a headliner.

The performance, produced with support from Hancock Whitney and funded partially by a grand from the National Endowment for the Arts, kicks off at 8:30pm. Tickets for the concert can be found here.

Lend a Helping Hand On Saturday from 11am to 1pm, Emancipation Park Conservancy and Lucille's 1913 will be joining together to feed up to 2,000 Houstonians in Historic Third Ward's Emancipation Park. In addition to serving traditional food items donated by entities like H-E-B and Coca-Cola for the food distribution, Houston Food Bank will be providing boxes of groceries to attendees. Although open to the public, registration for the event is required.

Book It! Just after Juneteenth, Pulitzer-winning, Texas-reared author Annette Gordon-Reed's June 21 special livestream event through Inprint and the Houston Museum of African American Culture is an event you won't want to miss.

During the program, the celebrated author and Harvard Law School professor will read an excerpt of her new book, On Juneteenth, in which the celebrated historian weaves together American history and personal memoir to explore her early experiences in the segregationist South, noting how Texas "has always embodied nearly every major aspect of the story of the United States of America."

Tickets to the event, which will also include a discussion between Gordon-Reed and ABC-13's Melanie Lawson, can be acquired at inprinthouston.org.