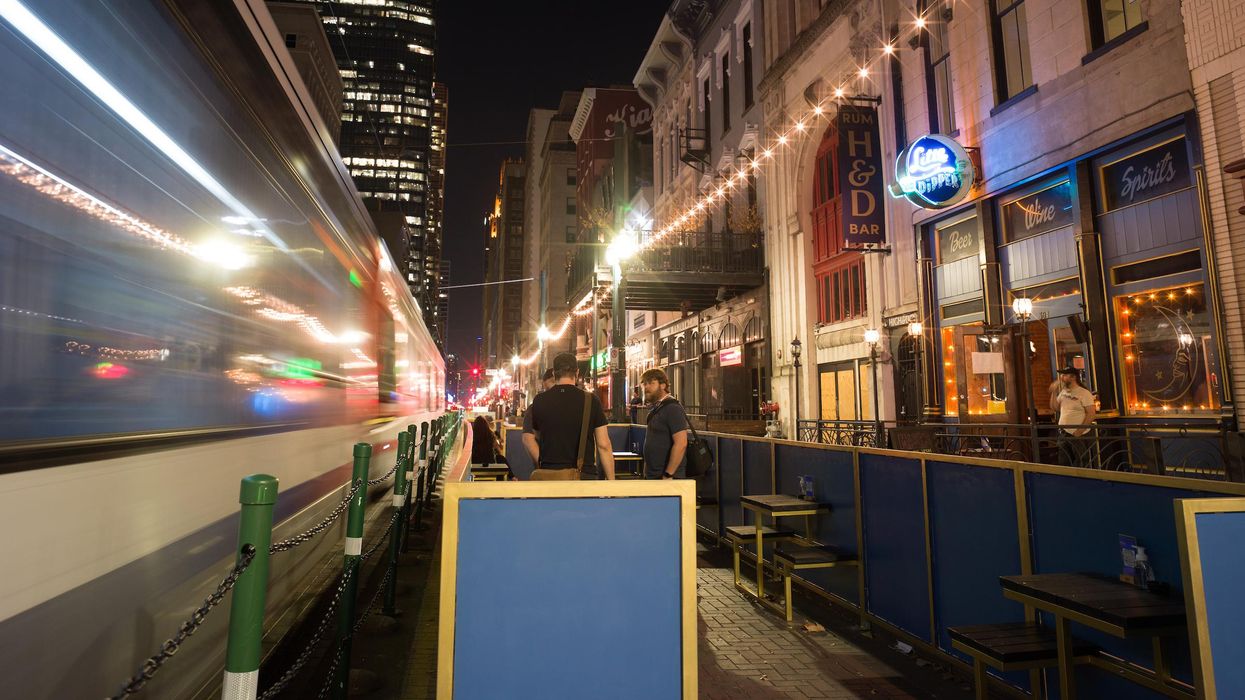 IT'S ONLY BEEN two short weekends since divey Downtown staple Little Dipper, the sister bar of beloved Montrose haunt Poison Girl, became the first bar on Main Street to expand its patio into the roadway as part of the city's new "More Space: Main Street" program. But Little Dipper, which has suffered a, well, big dip in business do to the ongoing pandemic, has already seen a hefty increase in sales.

"It's been great," says owner and Downtown District board member Scott Repass, who spearheaded the initiative. "It's only been two weekends, and business is already close to pre-pandemic levels — and with reduced hours, too."

Last April, when it became clear to Repass that the pandemic was going to severely impact the bottom line of local bars, he started looking at what other cities were doing to get by; many had initiatives in place to allow businesses expand outdoor seating. He decided to start pitching the idea of allowing spots along Main Street to do something similar to anyone who would listen.

"I always say I was just the best one at crying on the phone. I started calling everybody I could think of saying, 'this is desperate, we're going to fail, we need something done,'" says Repass. "And thankfully they picked it up and we made it work."

Under the new program that resulted from Repass' efforts, bars and restaurants along Main Street are allowed to create temporary "corrals" on the actual roadway, which will be shut down on a block-by-block basis to vehicular traffic as more businesses join the program, so they can provide their patrons with additional outdoor spaces in which to imbibe while still following social-distancing recommendations.

While other local businesses have had to jump through less red tape to expand further into the great outdoors, the unique situation of those along Main Street — being right next to the Light Rail — means there were additional safety guidelines to work through, and new rules that had to be established before they could start expanding their footprints.

As part of the new program, which was approved by Houston City Council last November as an expansion of the city's "More Space" program, businesses along Main Street are allowed to expand onto the roadway, after going through an application process, as long as their patio "corrals" are walled off so they don't impede on the light rail. This allows them to have expanded patios while leaving the sidewalks in front of their businesses accessible to foot traffic.

While Little Dipper is the first bar to take advantage of the new program, Repass says two others have already submitted their plans, and are just waiting on approval. He also knows of three additional businesses that are currently working on their plans.

Although the program is supposed to end in early 2022, Repass hopes it outlasts the pandemic and that roadway patios become a permanent feature along Main Street.

"I really hope it will be permanent," says Repass of the program. "Main Street was already such a pain to drive down anyway, and this just seems like such a better use of that space. I'm very hopeful that we can make it permanent."