The
Magazine
The
Podcast
essay 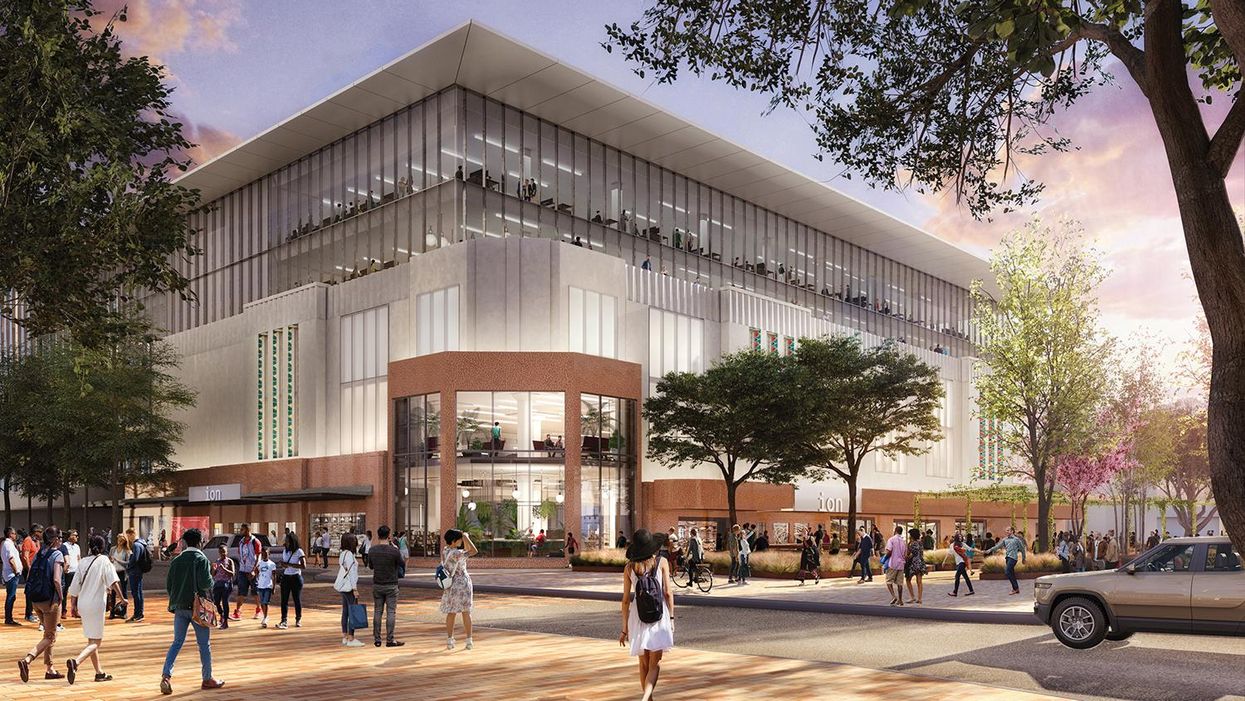 MY AUNT AND cousin live in Silicon Valley. We go once a year to visit them, and, as you pull out of the airport when you get there, the San Jose skyscrapers in front of you bear the logos of a who's-who of the internet: eBay, PayPal, Adobe, Cisco. It's pretty impressive, out there in California. But, then again, vacations have to be planned around forest-fire season, and Reuters reported that two-thirds of people living in the Bay Area say the quality of life has deteriorated in the last five years, citing homelessness and a rising cost of living as the main factors.

People and companies are leaving — and some of them are coming to Texas. A handful of notable people have said they are making the move to Austin: Elon Musk is going to ATX (they can have him), as did Joe Rogan. Meanwhile, Adam Carolla may come to Houston from L.A. And Hewlett Packard announced in December it was leaving San Jose for H-Town. It's understandable that cool, weird Austin would get its share of interest from newcomers, but smart, industrious Houston seems more poised to be a leading hub of innovation in the '20s, a position we've been in before.

Houston has a long history of innovation, and its commitment to being a state-of-the-art hub for it in the near future is virtually unmatched.

In a piece about Texas' tech prospects, Bloomberg describes the "Rice Mafia," a group of Rice University tech and engineering graduates who moved to the Bay Area in the '50s and '60s and helped make the region a tech mecca. But, according to recent data, that educated workforce is now staying in Houston. H-Town is home to an above-average percentage of college graduates with degrees in science, engineering and business.

Higher education has helped propel Houston's innovation. Rice donated the land for Johnson Space Center and today is finishing completion on the Ion. As CityBook reported, the Ion is revitalizing a forgotten part of Midtown by anchoring a 16-acre innovation district in a former Sears. The new center is targeting young talent, especially in the STEM (science, technology, engineering and mathematics) fields. Houston, incidentally, has the youngest population of any major city; nearly three-quarters of the population are under 45.

The Ion will provide resources, educational programs, corporate partnership opportunities and physical workspaces for emerging startup businesses. It was announced recently a major tenant will be Microsoft. The Ion will be connected directly by rail to the Amegy building in Downtown, home to two tech "incubators"— The Cannon and Launch Pad, operated by the Downtown Development Authority.

But, it's not just in technology that Houston can lead. We are also the nation's energy capital. With the world focused on clean energy, Houston can and should lead in its development. In an interview in Houston Business Insider: The Metro Region's Official Economic Development Guide, produced by the Greater Houston Partnership in conjunction with CityBook, Bobby Tudor, president of the Partnership, spoke about why Houston is in the best position to lead this transition. "We have people who understand energy systems, who understand the dynamics of energy and power," says Tudor. "It's an area where Houston has a lot of the talent." The business community is quickly becoming partners. Kinder Morgan, a major traditional oil and gas company headquartered Downtown, announced recently it has formed a new Energy Transition Ventures group to pursue commercial opportunities emerging from the low-carbon energy transition.

According to a report by the Greater Houston Partnership, venture capital investment has nearly tripled in Houston over the last five years. Of that investment money, Houston is above average in clean energy deals, which overtook oil and gas in 2019 to become Houston's third most funded tech vertical.

A third axis of innovation is Houston's medical, oncology and life science research. The Med Center, the largest in the world, is already home to 300+ startups, and in 2022 TMC3 will open in the Medical Center. A 37-acre life science complex with research centers, multi-disciplinary laboratories and healthcare institutions, TMC3 will enable innovators from healthcare, science, academia, government, industry, manufacturing and the not-for-profit sector to collaborate on new medicines, medical devices, diagnostic and digital health platforms, and treatment solutions. The new center will be connected by light rail to the Downtown and the Midtown innovation districts.

Houston has the industry diversity, infrastructure, talent and the culture to be America's innovation capital. So, while I'll miss driving through downtown San Jose and feeling like I'm stuck in some figurative cyber web — and as Austin continues to rack up celebs — Houston will be pushing the limits of innovation.