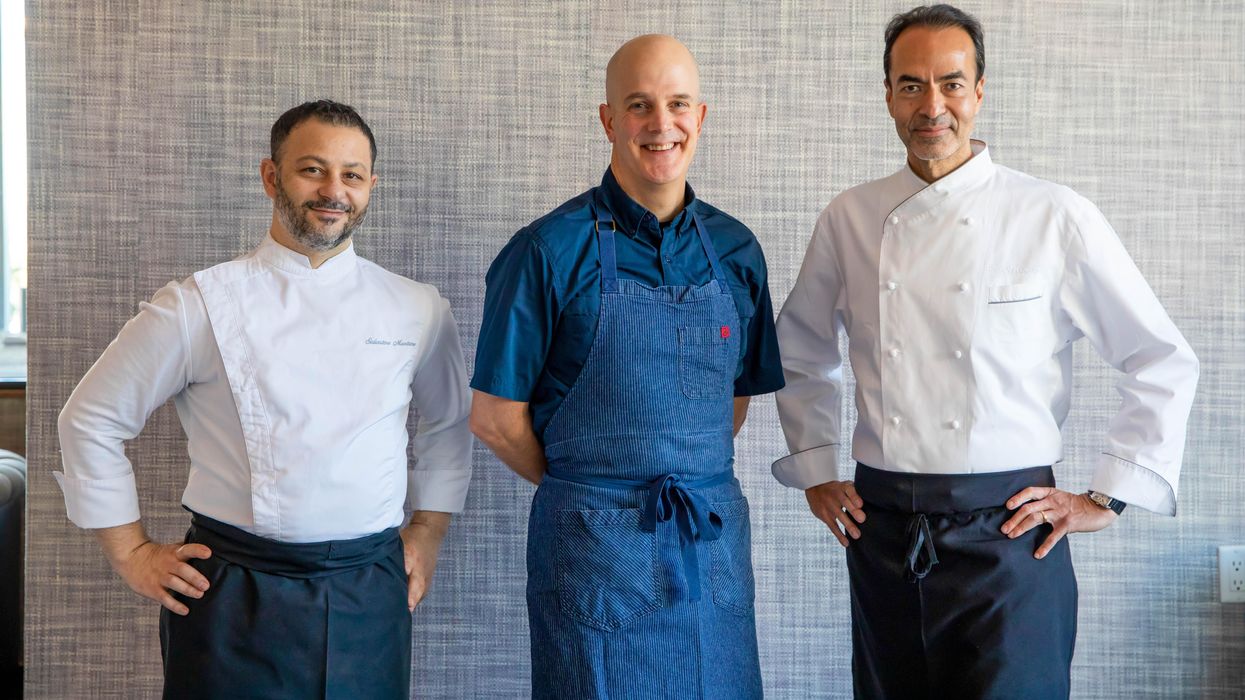 THE MFAH'S NANCY and Rich Kinder Building, which first opened in November, will soon be home to two concepts by two different Michelin-starred chefs, both with the New York-based group Bastion Restaurants.

The first, Cafe Leonelli, is scheduled to open in mid-March, with traditional Italian cuisine by Jonathan Benno. Expect friendly environs and an accessible price-point, with items like house-baked focaccia, polenta and more, served buffet-style. Within, there will be an outpost of famous pastry chef Salvatore Martone's Miami-based ice cream shop Frohzen; the creations are almost as artful as the masterpieces on display throughout the rest of the building. (And, for what it's worth, in the restaurant itself: Trenton Doyle-Hancock's wall-size mural, "Color Flash for Chat and Chew, Paris Texas in Seventy-Two," depicts an abstracted forest. And Spencer Finch's Moon Dust (Apollo 17) hangs overhead.)

The second concept, Le Jardinier, a full-service restaurant from chef Alain Verzeroli, will open about a month later, with a menu inspired by "the rhythm of nature," as portrayed through seasonal, vegetable-forward plates. Al fresco dining will take place amid the Sculpture Garden.

Bastion, which is behind the successful La Table on Post Oak, sought out Houston as a destination for additional locations, citing the city's friendly culinary climate. "We have seen firsthand how this city is such a great incubator of culinary talent," said Antonio Begonja, chief operating officer. "To that end, we wanted to bring the brands we developed in New York and Miami to this culturally-diverse community so they can continue to grow."

Fried Chicken, Banh Mi and More: Where to Eat This Week